Coronavirus information
Information and resources to help you make the most of staying home.
Visit the hub

Marcus Gee
Published May 23, 2020 Updated May 23, 2020
For Subscribers
Comments
Please log in to listen to this story. Also available in French and Mandarin. Log In Create Free Account

One upside of the pandemic: Driving is a breeze. With offices closed and most people staying at home, the traffic that used to turn our highways into parking lots has dried up. In Toronto, motorists can positively sail along the 401 or the Gardiner Expressway. A trip across town that might have taken 45 minutes in the old days now takes 20. It is life as road engineers of the 1950s imagined it: contented drivers travelling to their destinations on broad, clear ribbons of asphalt.

It won’t last, of course. When the Second World War ended and gas rationing stopped in the United States, streets that had been quiet through the war years filled right back up again. Traffic is bound to return this time as the lockdown eases and the economy bounces back. It is already starting to build at what we used to call rush hour. Sitting in stalled traffic staring at the bumper of the car ahead is an inescapable feature of life in cities built around the motor vehicle.

It became clear right from the beginning of the highway era that the dream of cruising freely along those ribbons of blacktop would never come true. The parkways, freeways, bridges and tunnels built by New York planning czar Robert Moses to ease the pressure on city streets quickly became crowded themselves as motorists rushed to use them. As Moses biographer Robert Caro writes in The Power Broker, “the more highways were built to alleviate congestion, the more automobiles would pour onto them and congest them and thus force the building of more highways – which would generate more traffic and become congested in their turn.”

Urban policy types call this phenomenon “induced demand.” Build it and they will come. Motorists will eye the new or widened highway and think: Hey, I can get to work or get home faster. What is more, developers will build factories, offices and housing subdivisions along the route, drawing yet more vehicles. You can see this all around the edges of Toronto – development following the highways, just as it once followed the streetcar lines to “streetcar suburbs.” The inevitable result is clogged highways full of fuming commuters.

Authorities in that capital of sprawl, Houston, spent US$2.8-billion a decade ago expanding the Katy Freeway, which reaches 26 lanes at its broadest point. And yet according to Citylab, an urban-issues website, congestion actually worsened. It suggests we think of traffic not as a liquid, which passes through a certain conduit at a certain volume, but as a gas that expands to fill the available space.

In Ontario, the provincial government is boasting loudly about its plans to expand the 401 at a busy point west of Toronto. “We’re widening the 401 in Cambridge from 6 to 10 lanes!” Transportation Minister Caroline Mulroney tweeted this week. The rationale: “Reducing congestion. Improving road safety. Making it easier for drivers to get from point A to point B.” It’s the same old tune.

Expect to hear more of it. The demand for more blacktop is bound to grow postpandemic. Transit use is way down and may stay down as commuters wary of riding crowded buses and subways switch to cars. More people will be tempted to live in suburban, exurban and rural communities to avoid dense urban spaces. They will need to drive to where they are going and they will want better roads.

The obvious danger is that we abandon a generation of urban thinking and step up the highway-driven sprawl that has governed the growth of our urban centres. Instead, Canadian cities should seize the COVID-19 crisis as an opportunity to remake themselves on more compact, more sustainable lines. That means penalizing sprawl, beefing up investment in mass transit and making life easier for pedestrians and cyclists. Above all, it means resisting the argument, discredited by decades of experience, that more highway space will somehow make things better.

When New York traffic returned after the war and commuters started to complain, Mr. Moses claimed with his usual overwhelming confidence that his ambitious road expansion plan would fix it. “The blueprints are oozing from our files and spilling over the floor,” he said. “Traffic will run pretty smoothly here within three years.” 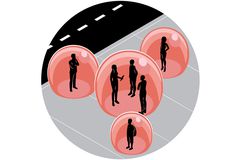 Vancouver increases space for walking and cycling through introduction of slow streets
May 13, 2020 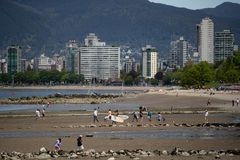 ‘Quality of life will go down for the average Canadian.’ How readers feel about Canada’s cities adding millions of new residents
January 7, 2020 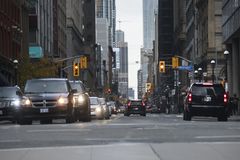