It’s just some gold paint. But it could provide a key to Toronto’s waterfront.

This is the promise of a new effort to redesign areas under the Gardiner Expressway in downtown Toronto and make them more attractive to pedestrians, drawing them from the city core down to the waterfront.

Although small, the idea is a powerful one. It could set an example for rethinking streets, across the city, as welcoming public space.

The project, announced on Thursday, is named Waterfront ReConnect. It’s being designed by the landscape architecture studio PUBLIC WORK and urban designer Ken Greenberg – the people who created The Bentway, the public space under the Gardiner, west of Bathurst Street.

Starting with a single intersection, at Rees Street, the design of Waterfront ReConnect aims to make it easier and more pleasant to walk under the expressway and across Lake Shore Boulevard.

“We’re aiming to create a completely different feeling on the ground,” Mr. Greenberg said Tuesday. “We’re sending signals that this space, in which people felt like they were trespassing in a highway environment, is really focused on people on foot.”

The project is a joint effort of the Waterfront Business Improvement Area and the City of Toronto; costs will be shared 50-50. Further projects could extend east as far as Jarvis Street.

PUBLIC WORK’s Adam Nicklin explained that the design consists of a few simple gestures. Principally, it will paint the “bents,” the concrete supports that hold up the highway, with a graphic pattern, employing gold paint and the standard municipal green. This is borrowed from the design of The Bentway. It will also print some texts on these structures that talk about the history of the city.

The BIA is exploring the prospect of new lighting as well.

These should make the passageway under the Gardiner more pleasant and also give drivers on Lake Shore Boulevard a visual clue to slow down and watch for pedestrians.

“The Gardiner, visually, is the most powerful thing when you’re in this space,” Mr. Nicklin said. “It sends a message that vehicles are moving fast over your head. This sends a different message, that this is a space to move through.”

For the BIA, this serves an obvious purpose: Drawing customers to the lake. “We want it to be safer and more accessible as you’re walking toward the water, but also more intuitive,” said Tim Kocur, executive director of the Waterfront BIA.

It also serves public goals. Among them are road safety, said Joe Cressy, city councillor for the downtown-west area. “Our streets were designed to move cars, and move cars quickly,” he said Tuesday. “In the 21st century, we need to redesign our streets to move people.”

That line is familiar. It evokes the hugely successful and now permanent redesign of King Street, which favours transit and pedestrians, and, in turn, a series of New York City projects earlier this decade; such quick-and-easy transformations have their own name in the world of planning, “tactical urbanism.”

And they work. Road design in particular is an area where small changes, to road markings and signage, can have a huge psychological effect and save people’s lives. At least 24 pedestrians have been killed on Toronto’s streets this year.

But the ReConnect project could also, if extended, help establish a set of connected public spaces that follow the former shoreline of Lake Ontario. This concept is contained in the city’s current parks and public realm plan for downtown, on which PUBLIC WORK consulted.

There is also a precedent on the east side of downtown, where a leg of the Gardiner Expressway is now slated to be torn down and rebuilt. The public agency Waterfront Toronto has been planning a redesign of Lake Shore Boulevard in that zone, with landscape architects West 8, to make it more pedestrian-friendly. This would be a small consolation prize with the unfriendly behemoth of the Gardiner rebuild.

When I asked him about the tension between pedestrian and car infrastructure, Mr. Greenberg made a point about the art of the possible. “We all think the Gardiner East should come down,” he said. “But for the piece that will remain” – the majority of the Gardiner, whose presence is not being questioned – “this enormous hulking thing that everybody lives to hate could become a resource,” Mr. Greenberg explained. “It can be something that’s providing public space, something that is useful at street level.”

And as Mr. Nicklin put it: “There’s a beauty in getting small things done. Otherwise you’re always waiting for big things.” The Rees Street intersection should be complete a month from now, by Nov. 10. With luck, bigger changes to our public realm will follow it. 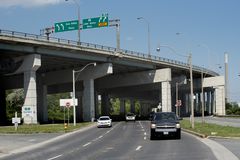 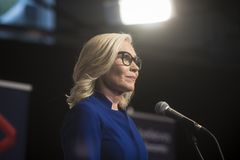 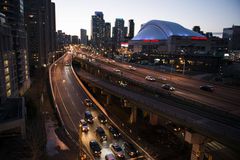