Five years ago, while caught in the bustle of running for school trustee, Larry Pattison realized he’d be spending Halloween alone for the first time since his divorce.

“My ex-wife and I had only been separated for a couple years,” he said. “Up until that point my parents, myself and my sister had always enjoyed Halloween together with the kids.”

With the help of his campaign manager and a neighbour, Mr. Pattison set up the inaugural Pumpkin Prowl, an alt-Halloween designed for children of divorced parents, which sets Hamilton, Ont., trick-or-treaters loose about a week before tradition would dictate. This year’s prowl will take place Friday.

The events begin in the evening, where for the first two hours attendees enjoy a pop-up fair in the park. Pride flags billow by pumpkins painted purple to raise awareness for epilepsy. The hum of bounce-castle generators fills the air. Prizes are raffled, sweets are doled out and people of all ages and ability levels converge to form an eclectic mix of myths and monsters.

At 6:30 p.m., everything shuts down and prowlers embark on a “safe trick-or-treat” down designated roads, where they’re met by outstretched, candy-filled hands.

While originally meant for the estimated 1.2 million divorced Canadians with children under 18, according to the latest Statistics Canada data, the Pumpkin Prowl has since evolved to encompass anyone and everyone, a commitment that may account for the event’s attendance doubling every year.

“This is absolutely an inclusive event,” he said. “I don’t care what age your kids are or if you’re divorced, if you enjoy Halloween come and enjoy it.”

Kayla Penner says the Pumpkin Prowl is important to her as the mother of disabled children.

“It’s the most amazing event in the world,” she says. “It’s very accessible for children in wheelchairs. All abilities are welcome and all children are accepted as who they are.”

Kayla’s daughter Karla, 12, who uses a wheelchair, says she likes how the whole neighbourhood gets involved with the prowl, as well as how accessible it is.

“With Halloween you have to go up the stairs sometimes. At Pumpkin Prowl, people are waiting on the ground,” she says.

Reflecting on the growth of the Pumpkin Prowl over the years, Mr. Pattison begins to choke up as he says, for him, the best part has been seeing the way it’s brought his family together.

Prowl season means seeing his father helping with set-up and his mother handing out candy every year – in spite of her bad back. It means seeing his children mature from trick-or-treaters to volunteers, as they get in costume and go door-knocking in search of prowl participants.

“Larry started this for his kids, but it’s branched out and means so much for other families,” says Catherine Johnston, a four-time Pumpkin Prowl volunteer and sponsor. “It’s grown into something amazing. I know so many people who come every single year. It’s become their Halloween.”

When asked if she was excited for this year’s Pumpkin Prowl, Karla said that on a scale from 1-10, she’s at a 10. 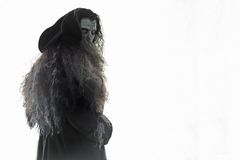 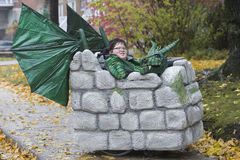 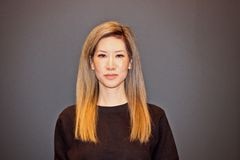