The people rolling off the bus at the Vaughan Metropolitan Centre immediately headed inside for the escalator. It was a frozen winter morning, and they had somewhere to be – indoors. A subway station and the Viva buses that run along Highway 7 were waiting at the other end of a tunnel.

Inside the adjacent KPMG Tower, a cluster of office workers headed for another tunnel to the subway. The Pumpernickel’s restaurant in the lobby was doing good business. But outside, on the handsomely designed streetscape of New Park Place, there was not a soul.

Things were not going to plan. This place broke ground five years ago, as the Toronto area’s most prominent attempt to turn a car-oriented suburban district into a downtown – a place with varied activities where people choose to walk around.

That idea will shape a number of other suburban centres, including the recently announced Square One District in Mississauga. But with two buildings at the Vaughan Metropolitan Centre (VMC) largely complete and three more to open this year, it’s clear this is a difficult task. The urban design, architecture and activity don’t match the vision.

Not yet, at least.

The vision is clear enough: It will be walkable and a “complete community,” in planning jargon, with homes, workplaces and retail. The plan for the area calls for "streetscape elements” that “support a safe, comfortable and interesting pedestrian environment.”

Walking along New Park Place, I could see some of this effort: healthy street trees; the giant plaid pattern of the paving, designed by ace landscape architects Claude Cormier + Associés. But the KPMG building, by architects Diamond Schmitt, presented a monolithic face of glass curtain-wall, and behind it were bank branches.

This was not a street I wanted to walk down again. None of it was terrible, but neither was it colourful or varied. Nor did it provide the mix of uses that would encourage anyone to actually choose to be here. (Not even a blueberry muffin. The Pumpernickel’s is inside, after all.) The details at eye level aren’t much: shiny stainless steel, lots of grey aluminum, a steady rhythm of flat rectangles.

The crucial questions are: Will this place get better? Will its neighbours be better?

To answer those is a challenge for the City of Vaughan and for the development company SmartCentres, which owned most of this area when a subway station landed here in one of their Walmart parking lots.

SmartCentres vice-president Paula Bustard, the executive in charge of the project, says the future is bright. “We are obsessive about the at-grade condition,” the planner told me in a recent call. “We have a relentless focus on the pedestrian scale. We’re constantly looking at: What is the architecture? What is the relationship between buildings and street?”

Vaughan staff, likewise, promise great things. “What you see is just a small piece of the overall vision,” said Christina Bruce, the planner who oversees the VMC area. The precinct is 179 hectares and, as Ms. Bruce points out, there are different types of development and different scales being planned. “So far, it’s coming together more quickly than we expected.”

It’s inevitable that a committed planner will look at a new neighbourhood and see a lively future rather than the moribund present. Fair enough.

But it will take a sharp critical eye to ensure that the next stages of development, in the details, get it right.

For instance, the roads at the VMC are generally too wide. Cars move too fast, and the proportions of the open space aren’t comfortable. On the other hand, garbage trucks and snowplows have to fit, and the city owns the typical, oversized models. City officials say they’re on it: New amendments to the area plan will involve narrowing and revising streets.

Then there’s the question of what’s in the buildings. Design isn’t everything. Ms. Bustard says SmartCentres is ready to lease out the remaining retail spaces and is "conscious of the mix.” In the next building to open, it’s welcoming a new restaurant run by the downtown group Buck and a café by local chain Balzac’s.

That building also includes a Vaughan Library branch and a YMCA. They’re in a mixed-use structure, also by Diamond Schmitt, with a base that includes masonry and an array of gold-coloured fins. This is shaping up to look lively – and maybe be lively, too. When the first few hundred residents move in to a nearby condo tower, there might well be some bustle here.

But only so much. The area immediately around the station will be largely tall condo towers. It will lack the variety of scale and activity that a natural downtown acquires over time. It won’t have a large job base – not soon any way – and it won’t have a large public institution that would bring a more diverse mix of people.

I was reminded of this as I left the VMC for Vaughan’s City Hall, 10 kilometres away. I was going to meet Mayor Maurizio Bevilacqua – who’d taken exception to some of my initial impressions of the VMC on Twitter.

A thread on architecture and placemaking in the suburbs. Vaughan Metropolitan Center. There are problems. 1/ pic.twitter.com/MaJIzZAh7y

The half-hour trip involved two buses and a miserable wait at a roadside shelter on Keele Street. The mayor seemed impressed that I’d taken transit, and when I told him about my trip he smiled sympathetically: “It is what it is,” he said.

He quickly got philosophical. “How are you using these structures to improve the quality of life for people?” he asked, rhetorically. In the downtown, “the buildings have to pique interest, generate excitement, create a connection with that space. The most successful cities engage the senses of people who live there.” He’s right. And maybe, some day, Vaughan will bring that lofty ideal down to the street.

Opinion
By wrecking tall buildings, are we contributing to the climate crisis? Subscriber content
January 19, 2020 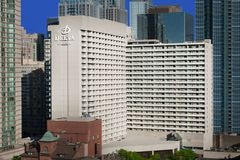 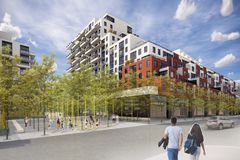 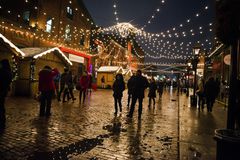