Toronto’s waterfront is under construction. Along its inner harbour last week, excavators were creating a new mouth for the Don River, lined with new parks planned to open in 2024. Elsewhere, architects and planners are designing thousands of new homes, and millions of square feet of office space that would rise here within a decade.

And this activity is not being driven by Sidewalk Labs. Since 2017, that Google sister company has dominated the conversation about this part of the city; its proposed partnership with the public agency Waterfront Toronto – which is now in jeopardy – has been debated around the world.

The company’s CEO, Dan Doctoroff, often implies that Sidewalk Labs’s complex development proposal is the thing that will get Toronto’s eastern waterfront moving. The area is “stubbornly resistant to development.”

Yet the redevelopment of Toronto’s eastern waterfront is proceeding right now, and will do so regardless of what happens with Sidewalk. A huge public investment is going into that reconstruction of the river; this will, in turn, allow billions of dollars in private and public investment to remake the area.

The big dig at the heart of all this is the Port Lands Flood Protection project. With a budget of roughly $1.2-billion, it is among the largest infrastructure projects in the history of the city.

For a century now, the Don River has been travelling out to Lake Ontario through an artificial channel; this makes the river prone to flooding, so the surrounding area isn’t good for much. This is the main reason why vast swaths of land on the edge of downtown Toronto are filled with parking lots and cement batching plants.

That’s changing. I was there last week to see some of the digging and filling under way at a place called Essroc Quay. This is on the western edge of the port, facing toward a postcard view of the skyline. Construction crews have been working here for two years, and there are five more years of work to go. Ultimately a combination of filling, digging and reconstruction will create a new mouth for the Don River, lined by 80 hectares of parks by the landscape architects Michael Van Valkenburgh Associates.

When this is done in 2024, it will define part of the port lands as Villiers Island. Sidewalk Labs wants a piece of this; the company has been asking to jump the line for the right to develop part of it as a Google office and innovation district.

For now, planning by the city and by Waterfront Toronto envisions roughly 10,000 residents and 3,000 jobs on Villiers Island, along with all those parks. This plan is not complete, but the stuff that will make it possible is well under way: roads, bridges and other hard infrastructure. This will be a neighbourhood, no matter what.

If you’re skeptical about this, there is proof of concept not far away. The Port Lands project represents the latest step in 20 years of work by Waterfront Toronto. That public organization – a corporation owned by three levels of government – has the mandate to rebuild 800 hectares around the port into urban neighbourhoods, and a planning role on a wider area still. It planned and constructed the magnificent Corktown Common, opened in 2013, a park that also provides flood protection to a wide swath of Toronto. Private investment has followed. Hundreds of condo and rental apartments are now completed or in planning approvals.

There’s more to the west, in an area east of Jarvis Street that’s been designated as Bayside. It started with the park Sugar Beach. A 350,000-square-foot office complex is now in construction. Next to that, George Brown College is planning the Arbour, a 12-storey academic building that’s among a few pioneers of tall-wood construction in the country.

Nearby, a dozen private developments are completed, in planning or in construction. Included are eight condo buildings, two tall-wood office towers, a rental apartment building and a new public park. The park, Aitken Place Park, will open this fall.

There is some smart money involved here, such as the giant U.S. development company Hines and local titans Tridel. Nearby, a consortium of developers known as 3C owns 13 acres of land and is planning to build a 2.3-million-square-foot complex of office, housing and retail. It’s hoping to complete the first phase, an office building, by 2024.

Then there’s East Harbour, the 10-million-square-foot planned neighbourhood that will be ready to develop thanks to the Don River project. Developer Cadillac Fairview just spent an undisclosed but enormous sum to buy the site and its development plans.

Finally, there is Quayside itself, the 12-acre site that Sidewalk Labs has been trying to develop. Sidewalk beat out two other shortlisted development teams for that privilege. That deal is approaching an Oct. 31 deadline; if certain serious issues aren’t resolved by then, Waterfront Toronto may pull the plug.

But WT spokesman Andrew Tumilty said the agency “is committed to pursuing a next generation community in Quayside,” and that’s true “regardless of the outcome of the work with Sidewalk Labs.”

In short: There is a lot going on here. Much of this has escaped public notice. That’s partly because the Port Lands have been so empty for so long. But Sidewalk Labs has drawn the city’s attention to this zone of possibility, and what happens here, with or without them, is worth watching. 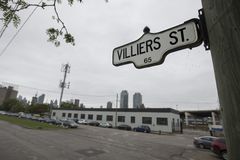 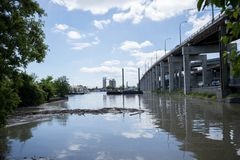