Three teens pleaded guilty Thursday in a sexual assault scandal at an all-boys Catholic school that made national headlines last year and sparked a public conversation about hazing and bullying.

Crown attorney Erin McNamara read out an agreed statement of facts in youth court, saying a member of one of the football teams walked into the locker room after practice on Oct. 17, 2018, and heard a “roar” of teammates chanting “eh.”

Three teens held down their teammate while another assaulted him.

Another boy captured the incident on video, which was later deleted at the request of the victim, she said.

On Nov. 7, a similar incident occurred after a game once the coaches had left the locker room, the Crown said.

In that incident, another teen, who was not on the football team, came into the locker room looking for a ride home from a friend, Ms. McNamara said. About 30 seconds later, someone shut the locker-room door.

“Get him,” one of the players yelled, according to the statement of facts. Then the three teens took the victim to the ground and held him.

The same teen that recorded the earlier incident captured the entire sexual assault on video, court heard, which was shared around the school.

The three teens pleaded guilty to sexual assault with a weapon for that incident.

The school’s administration discovered the video and identified the people involved, the Crown said.

Police said they launched an investigation last fall after they learned about the video.

The Crown also described an earlier incident where one football team member entered the locker room and heard a “chant of boys yelling ‘eh!’ “ A group grabbed him and put him on the floor. He was then assaulted.

The video of the incident “went viral in the school,” she said.

Seven students, who can’t be named under the Youth Criminal Justice Act, were eventually charged with assault and sexual assault relating to three incidents involving members of one of the school’s football teams.

The sexual assault and assault charges against a fourth student were withdrawn in August. The cases of two other students accused in the scandal have concluded, but the Ministry of the Attorney General has not disclosed those outcomes, citing provisions in the Youth Criminal Justice Act.

The final student facing charges has a court hearing scheduled for Oct. 17.

St. Michael’s said Thursday evening its goal was to ensure the safety and well-being of its students.

“As a community, we continue to pray for the victims and their families and all those involved in these cases,” the statement posted on the school’s website said.

The school is run by the Basilian Fathers, a community of priests with roots dating back to the Congregation of St. Basil in France. The school’s principal and its board president resigned amid criticism of its handling of the case.

An independent committee set up to examine the culture at St. Michael’s found that bullying remained a “systemic” problem despite extensive measures taken by the school in wake of the scandal. It also found that hazing was not a problem.

The committee issued a 123-page report in August that offered 36 recommendations, including developing a comprehensive strategy to address bullying and robust staff training to deal with the issue. The school promised to adopt all the recommendations.

The teens are scheduled to have a sentencing hearing in November. 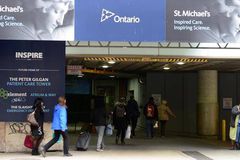 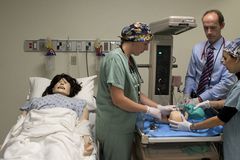