Toronto police have charged a prominent anti-masker and his wife with violating provisions of the federal Quarantine Act, which carries sentences of up to six months in jail and a $750,000 fine.

Chris Saccoccia, 37, and his wife, Jennifer, 34, were charged this week for failing to comply with a mandatory 14-day isolation order after returning from Ireland in late September.

Within that two-week span, Mr. Saccoccia is alleged to have led rallies in Toronto downtown at Yonge-Dundas Square, where he told crowds that wearing masks and COVID-19 emergency laws are infringements on personal freedoms.

In an interview, Mr. Saccoccia did not deny doing this and said his activities are well-documented on social media.

In March, federal Health Minister Patty Hajdu invoked the Quarantine Act to decree that anyone crossing into Canada has to self-isolate for 14 days "whether or not they have symptoms of COVID-19.”

Toronto Police Service allege the couple was in Yonge-Dundas Square on two consecutive Saturdays during the period after their trip. During the first, Mr. Saccoccia was hit with a $1,000 ticket under the Quarantine Act. At the second, they were among “500 non-mask-wearing participants," according to police.

Legal observers say these charges are worth watching.

“For me, what the question is how exactly did they identify them at Yonge and Dundas?” said Michael Bryant, executive director of the Canadian Civil Liberties Association. “My concern is that police are undertaking counterinsurgency investigation on protesters."

The provisions of the Quarantine Act have been rarely enforced, according to Carleton University criminologist Alex McClelland. He said prior to this point there have been about 21 ticketing offences laid under that federal law.

But several people in Canada already face the prospect of jail time for allegedly violating self-isolation rules laid out under provincial emergency laws, he said.

Last week, the B.C. wing of the RCMP announced Quarantine Act charges against an American boater who went from Washington State to British Columbia to pick up his girlfriend.

He was fined $1,000 for failing to report his border crossing. Similar penalties have been laid against other boaters and drivers who have crossed the Canada-U.S. border. 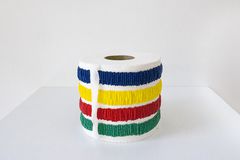 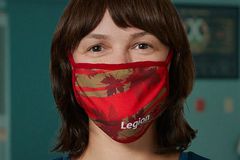