Toronto is trying to find the missing middle.

That is the upshot of a vote at city council on Thursday, passing a motion from Mayor John Tory and Deputy Mayor Ana Bailao. It opens the door to more and different kinds of development across the city. It’s an idea whose time has come. Yet it had seemed politically off limits – until now.

This won’t transform the city overnight. But it represents a critical step in reshaping Toronto into the denser, more walkable, more transit-oriented city that it will, and must, become.

Mr. Tory’s and Ms. Bailao’s motion asked city planners to explore new forms of development within “Neighbourhoods.” These are the broad areas on city planning maps, mostly filled with houses, that cover most of the city. Right now, they’re governed by planning ideas from the 1950s. Only detached houses are allowed on the majority of Toronto’s residential land, known as the Yellowbelt.

Why does this matter? Mr. Tory’s and Ms. Bailao’s motion put it this way: “Shrinking family sizes and changing demographics have reduced the population in many neighbourhoods.” The motion calls “to allow residents to age in their communities, and to accommodate more people in their underused houses and to provide alternative forms of housing.”

All true. The status quo is badly broken.

The alternative is the “missing middle.” This includes small apartment buildings, row houses and townhouses, and even splitting up existing houses into two and three flats. That sort of building and rebuilding happened in Toronto’s older areas for a century. It’s now forbidden in many areas, and very difficult in others. Meanwhile, McMansions are allowed, and that’s what is getting built. This is the least equitable and least environmentally responsible way for a growing city to evolve.

And yet. Ratepayers’ associations in Toronto, as elsewhere, have a lot of political heft. They disproportionately represent the wealthy, and they’re almost always opposed to physical change. They have friends on Toronto council, some of whom – particularly Jaye Robinson – stood ready to fight any planning changes. The new homes in her wealthy ward are expensive, Ms. Robinson argued, and “the neighbours are very upset about these townhouses.”

Her arguments aren’t unique to Toronto, nor are the underlying issues. Nor are the solutions. In December, the city of Minneapolis, Minn., introduced a new plan that allows duplexes and triplexes, at least, everywhere in the city. “We should have a beautiful diversity of people, of socioeconomic background, in every neighbourhood,” Mayor Jacob Frey explained. The state of Oregon, just weeks ago, passed a bill that requires something similar of its municipalities. In these places, American progressives have not claimed that looser planning rules will solve every social problem. And they won’t.

But middle-class people are displacing those of lesser means and pushing up rents, across the city. More housing options in more places will help. And when Toronto eventually decides to build more social housing, it needs to go somewhere –and that will require zoning changes. Low-density house neighbourhoods are the ideal place.

One councillor, former city planner Brad Bradford, is ready to welcome different forms of housing into his ward (which includes the Beaches, the east Danforth and parts of East York). He’s asked planners to look at his ward, in particular, for potential sites.

“I wanted to take leadership on this issue,” Mr. Bradford said in an interview. “Making change will take councillors putting up their hands to do the heavy lifting of working with communities.” 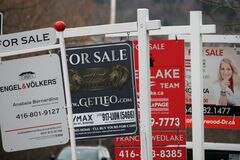 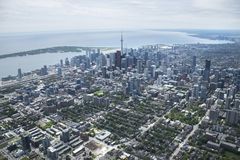 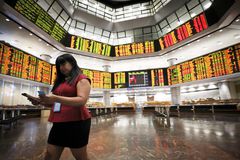