Forget about having a legal tipple in one of Toronto’s parks this pandemic summer after a key city hall committee deflected one councillor’s attempt to launch a pilot project with looser alcohol rules.

The debate, which featured dire warnings about drunkenness, vandalism and underage drinking, ended with the committee punting the idea to city staff for more study. There was no timeline on the request for study, and staff have said already they do not view this idea as a priority during the current health crisis.

Parks, Forestry and Recreation general manager Janie Romoff said it would be “a difficult thing to implement“ without extensive consultation, particularly among those residents that live in close proximity to the city’s parks.

“We’re happy to look at this in the long term and put together a plan around how to do some of that consultation,” she said.

The result left Josh Matlow frustrated. The midtown councillor had pushed for this pilot now precisely because of the pandemic, which has exposed inequitable access to green space across the city. While many people have private backyards where they can enjoy fresh air, about half of Toronto families live in multiunit buildings. For a large number of these, the local park is their surrogate backyard.

“It’s unreasonable to expect that no one is going to socialize this summer,” Mr. Matlow said. “Council has left them with two options, if they are choosing to socialize with a drink: to either do it illegally outdoors or indoors, where they’re putting themselves and others at risk.”

In 2019, the Ontario government gave municipalities the power to designate certain areas in parks as open-alcohol zones. Toronto had begun to look into the policy implications of this before COVID-19 struck and then abandoned that work in the face of other priorities. Park drinking remained illegal.

Last summer, though, the pandemic sparked discussions about how people use public space. A number of urban status quos began to evolve in many cities. On roads, space was carved out for pop-up bicycle lanes and curb-lane patios.

With fewer social and entertainment options open amid COVID-19 restrictions, physical distancing rules could not stop parks becoming increasingly popular destinations for visitors. And some of these people started to ask why they couldn’t sit on the grass and have a beer or glass of wine, as is uncontroversial in cities around the world.

In Toronto, Mayor John Tory showed little interest in championing the issue, saying repeatedly that it was something he was willing to consider, but not now. The result was that people who wanted to drink did so on the sly, a situation that critics said gave police and enforcement personnel the latitude to decide which demographics to ignore and which to hassle.

Earlier this spring, Toronto’s official Twitter account prompted an outpouring of criticism for a tweet, later deleted, reminding people that parks were alcohol-free zones. Mr. Matlow floated his motion for a pilot project soon after.

At a Tuesday meeting of the city’s economic development committee, his idea was criticized from all sides.

Committee chair Michael Thompson, a Scarborough councillor, said none of his constituents was asking for such a move and raised the possibility of parks being “a free for all.” Downtown Councillor Joe Cressy, many of whose constituents live in condos and apartments, said Mr. Matlow was trying to rush through an idea without proper planning.

Councillor James Pasternak, who does not sit on the committee but is allowed to speak as a visitor, called park drinking a “gross violation of public-health advice.”

A rare voice of support came from visiting Councillor Anthony Perruzza, who said that residents already drink responsibly in the park.

“People follow the rules they believe in,” he said. “Do you have to study it to death? No.”

Canada’s drinking problem: why alcohol is the new cigarette
January 30, 2021 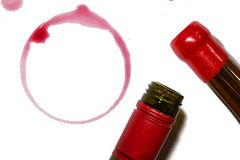 Opinion
If smoking a joint is to be allowed in our parks, why not a beer or wine? Even Doug Ford agrees
August 22, 2020 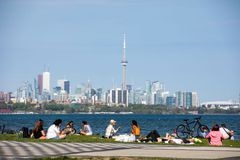 Walking dates are the new first step for lovers in a dangerous time
January 24, 2021 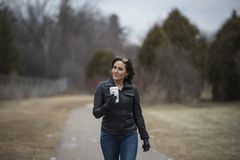