Amid mounting pressure from residents, the Toronto Community Housing Corp. is promising a third-party review of malfunctioning elevators at one of its downtown high-rise apartment buildings that have led to significant wait times for tenants and at least one injury after a 20-floor drop.

The city-run agency acknowledges the issue, faulting sub-optimal elevator design for the chronic service interruptions at 150 Dan Leckie Way. The most recent outage saw two of the three elevators in the 41-storey building break down for a week this month.

The reason the elevators break down so often is that although they are high-speed models designed to travel from lobbies to penthouses without interruption, tenants in the building typically use them for short trips, says Bruce Malloch, director of strategic communications at TCHC.

“Because of our tenants, these elevators tend to take short trips up and down, up and down, causing some wear and tear,” he said.

While the current elevator model in use is “not the best option” for the building built in 2012, there is no plan to replace it, Mr. Malloch said.

The regular breakdowns have caused significant delays for residents who can wait more than 25 minutes for service. Last week, Cornel Hall’s quickest route to his ninth-floor apartment was via the stairwell with his five-year-old son on his shoulders.

“The elevators have been breaking down almost every other week,” resident Michael Murray said. “Because of my COPD [chronic obstructive pulmonary disease], I can’t stand for very long. If it acts up, I have to call 911, and if I’m upstairs when it happens, they might not be able to get to me in time.”

Mohamed Hassan said he’s seen many residents forced to walk up 20 to 30 floors during peak elevator hours on weekday evenings.

“It’s as if I said ‘I have a great car from a reputable company, but it’s not designed for congested traffic,'” said Ray Eleid, director of strategic development for elevator engineering consultant Solucore Inc. in Mississauga Ont. “It’s like, well, it’s a car – that’s what you build cars for.”

“First of all, three elevators are not enough for a 41-storey building,” said Mark Render, president of BH Elevator Consultants in Thornhill, Ont. “Secondly, that story about high-speed elevators wearing down doesn’t have much merit to it."

TCHC buildings are publicly funded, with some residents paying subsidized or reduced rent, while those who can afford it pay market rates. The Leckie Way building is home to a significant amount of tenants with disabilities, according to TCHC staff, which they say intensifies the need for functioning elevators.

“We’ll often bring things to them because we know they’re unable to get out of their unit and down to the ground floor,” he said, adding that TCHC would be willing to offer relocation and even physical assistance getting up and down the stairs to residents with disabilities, although he’s not sure this has ever happened.

Building residents say they haven’t forgotten an injury that took place in July as a result of an elevator malfunction. During a descent, the elevator suddenly accelerated, dropping 210 feet before triggering the emergency brakes, the force of which launched a passenger forward. TCHC says the passenger said they sustained serious injuries to the elbow and knee.

Mr. Malloch says he does not know what caused the malfunction.

According to a report from Ontario’s Auditor-General, neglected maintenance over time can result in elevators experiencing sudden upward or downward acceleration. The Auditor-General reported that more than 80 per cent of elevators failed inspection last year, mostly because maintenance and safety work required by law was not done on time.

Last year, retired judge Douglas Cunningham released a 57-page study of Ontario elevators for Ontario’s Technical Standards and Safety Authority. He found that only one in five elevators in the province were in compliance with safety standards. He blamed poor preventive maintenance as the key cause of unscheduled breakdowns.

According to his study, one in five respondents said they had an elevator out of service for 18 days or more in any given year. Condominiums reported the biggest availability problem. 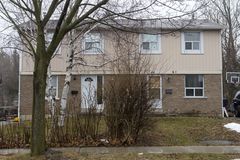 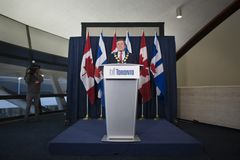 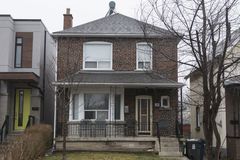