Toronto council is ready to support the city’s top doctor in “any additional measures” she feels would slow the spread of COVID-19, including potential restrictions on private gatherings, and approved Wednesday tighter rules on bars and restaurants.

The city’s Medical Officer of Health, Eileen de Villa, this week also began urging people to limit interactions, other than school and work, to members of their own households, marking an end to the era of social bubbles.

Toronto was one of the worst-hit cities in Canada during the first wave of the pandemic, in the spring, and is now experiencing a resurgence in cases.

The city has been registering since early August a reproduction number higher than one, meaning that each case of COVID-19 has been leading to more than one new case. The seven-day average for new daily cases in the city, which at the start of September was about 42, has been climbing steadily and the most recent figure is 214. The last time the tally was this high was in late April.

“Living with COVID, as we all are, may be the new normal, but accepting a drastic spike in cases doesn’t have to be,” Councillor Joe Cressy, chair of the city’s board of health, said Wednesday.

Mr. Cressy introduced a motion that urged Dr. de Villa to consider further measures – including but not limited to tighter rules around gyms, workplaces at higher risk of transmission and private gatherings – to corral the spread of COVID-19. The motion passed unanimously.

These restrictions include dropping indoor capacity from 100 to 75 at eating and drinking establishments, a requirement that they take contact tracing information from all customers and a reduction in the maximum number of people at a table from 10 to six. Background music and televisions must also be at a low enough volume to prevent patrons having to lean in and raise their voices to converse.

Dr. de Villa has also begun urging an end to social bubbles, though this is a suggestion and not a matter of regulation. These bubbles had been a way to expand people’s social horizons, allowing two families to spend time together, to a maximum of 10 people.

“My advice has been that given our circumstances in Toronto, that the bubble is not a useful concept any more, and that what we are trying to do is limit contacts with those outside of your household as much as possible,” she said.

As part of its COVID-19 debate Wednesday afternoon, councillors approved a lengthy list of items on which they will urge action from higher levels of government. Among them, the province will be asked to mandate more widespread mask-wearing in workplaces, where distancing is not possible. And the city will urge the federal government to develop a system to alert local authorities about the arrival of international travellers, to help enforce quarantine rules. 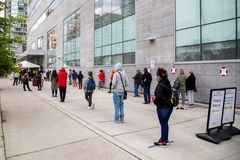 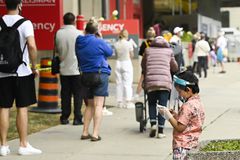