Toronto council learned Tuesday that there is still no formal commitment from the federal government on funding for refugee-claimant resettlement in the city.

The matter came up during a council meeting when the proposed Toronto Refugee Capacity Plan was passed. The plan proposes the establishment of a refugee-claimant welcome centre and increased engagement between all levels of government about refugee issues. The plan also suggests increased use of refugee houses in the city to expand the emergency shelter system, the lack of which forced Immigration Canada to lodge asylum seekers in student housing and hotels across the GTA last year.

Ottawa has given Toronto $26-million to cover housing costs for refugees so far, but the city’s budget won’t be balanced without an additional $45-million.

During the meeting, Jim Karygiannis, Scarborough city councillor, asked how the lack of a pledge on the part of the federal government will affect the city’s refugees.

While federal funding hasn’t been confirmed at this point, a city official said “the demands with respect to refugee flows will continue to be of issue for the city of Toronto for the foreseeable future.”

Don Peat, the spokesman for Mayor John Tory, said that the mayor continues to be in “active discussions” with the federal government concerning funding to help with the recent influx of asylum seekers.

“As recently as this past weekend, he has had conversations with federal officials about this issue,” Mr. Peat said. “The city of Toronto’s 2019 budget made it explicitly clear that there was a $45-million cost to the city to provide shelter services to the ongoing, unprecedented influx of asylum claimants.”

Despite the fact that immigration and refugee policy falls under federal jurisdiction, downtown councillor Kristyn Wong-Tam pressed staff about the provincial and federal role in refugee resettlement. “Although we don’t have purview over the matter, oftentimes the matter falls to us,” she said. Ms. Wong-Tam mentioned that municipalities are at the front line when it comes to managing refugee populations.

Staff said the city has been in contact with the federal government about having the resettlement process properly funded, but Toronto will continue to work with organizations that support refugees to address issues on the ground.

Some refugee advocates have voiced their support for the plan.

Debbie Hill-Corrigan, executive director at the Sojourn House, an emergency shelter for refugees coming into Toronto, said the city has made strides when it comes to resettling refugees.

“The city of Toronto is a welcoming city for refugees and people without status. And that, in the sense of being a sanctuary city, allows refuges or newcomers to have access to city services," Ms. Hill-Corrigan said.

Sojourn House was one of several organizations in the city that took part in the development of the plan.

While she thinks it’s a step in the right direction, Ms. Hill-Corrigan said the plan was a short-term response to a increase in refugees and that it needs to evolve over time to ensure the further expedition and improvement of the resettlement process.

The city official said that refugee numbers are at a high level but are currently stable. Previous years, however, have seen a fair bit of fluctuation. In 2011, more than 18,000 claimants in Ontario were processed by the CBSA and Refugees and Citizenship Canada. That number dropped to more than 6,700 in 2013. It rose again to more than 20,000 asylum seekers in 2017.

No exact numbers were given, but staff said that irregular crossings into the country are “significantly down.” According to Immigration Canada, since the beginning of the year there have been just short of 2,700 interceptions of asylum seekers by RCMP at the Canada-U.S. border, none of which entered the country through Ontario.

In the 2019 federal budget, $1.18-billion over five years was set aside to process asylum claims and to implement the Border Enforcement Strategy. 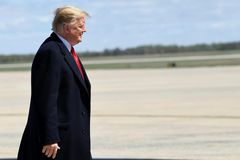 On immigration, the Trudeau Liberals are going off-brand – and hitting the mark
April 14, 2019 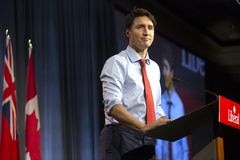