Toronto’s council has voted to approve retroactively increased funding for police and to call once again on the federal government to ban handguns across the country.

The moves came during an at-times emotional debate about street crime, an issue that was brought to the fore in the city during a violent summer and one that has spilled onto the federal campaign trail.

Money approved Wednesday by council will be split between law enforcement and a new social program.

The bulk of it – $1.5-million – is earmarked for police, although this vote was a belated approval for police funding that began in the summer and will run out at the end of the month. Mayor John Tory had pushed for that funding during a period in which council wasn’t sitting, pledging to secure approval as soon as possible.

Another $300,000 is to lay the foundation for a social program providing targeted support for youth. The program will get off the ground next year only if money for it can be found in the 2020 budget or from other levels of government.

The funding votes came amid a series of motions, including expressing support for stricter bail conditions, and one from Councillor Joe Cressy calling on Ottawa to institute a full national ban on private ownership of handguns.

This is not the first time the city has called for this and it passed easily, although it is likely to receive a chilly reception. On Tuesday, mayors from across the GTA supported a national handgun ban while at an event with Liberal Leader Justin Trudeau. However, he has resisted these calls. His party is promising instead to ban assault rifles, and look at working with municipalities to help them institute local handgun bans. And the federal Conservatives are opposed to any further firearm restrictions.

Wednesday’s crime-and-safety debate was set to begin in the late morning but was delayed by several hours after it became clear there were no senior police officers in the room to answer questions from councillors.

As staff scrambled to find one, Councillor Michael Thompson said, somewhat incredulously, that this issue was too important to be handled by anyone ranking lower than the chief. Deputy Chief James Ramer was eventually drafted in and the debate began in the mid-afternoon.

Frances Nunziata said that the parents of crime victims tell her they want a greater police presence. Gord Perks cited expert analysis to argue that more police is not the answer. Jim Karygiannis challenged police to explain why gun crime is rising in Toronto even as it is going down in New York, although the latter city is still far more dangerous. And Kristyn Wong-Tam spoke approvingly about a blanket ban on all guns, a measure she did not put forward for formal approval.

Also Wednesday, council unanimously endorsed declaring a climate emergency, without approving new funding to tackle it. As part of next year’s budget process, though, staff will look for various ways to advance climate-change initiatives, including if the city can “invest in or accelerate” emissions reductions.

Before the meeting began, Mayor John Tory unveiled a climate-change measure he called the Green Will Initiative. This brings together city officials with major commercial landlords, local universities and schools boards to see how they can make their buildings more efficient.

According to the mayor, the initial participants represent 300 million square feet of Toronto’s real estate, which he called “a very substantial start.” He cited a June, 2019, city report, which said that 52 per cent of Toronto’s greenhouse gas emissions in 2017 were from buildings.

Specific efficiency targets have not yet been set and there is no immediate city funding for this initiative. Mr. Tory said, though, that the city will do what it can to clear channels for money from other levels of government. And staff will explore how the city can assist.

“Cities can and must make a difference in this great challenge,” the mayor told reporters. 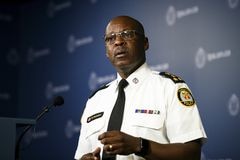 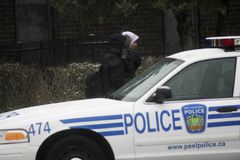 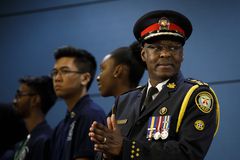