Toronto will look at eliminating rules that specify how much parking must be included with new residential and commercial buildings, joining a growing group of Canadian cities that say minimum requirements have a negative effect.

The review of parking requirements is an ostensibly obscure policy matter that could lead to profound changes in Canada’s biggest city. While supporters of mandatory parking minimums say they prevent vehicles associated with new developments from being left on nearby streets, critics say they have several downsides.

According to these critics, construction costs are raised unnecessarily through rules specifying minimum numbers of parking spaces for various types of buildings. And the default assumption that residents will drive, and thus need parking, can have the effect of implicitly encouraging that form of transportation.

“It’s long overdue,” said Toronto Councillor Paul Ainslie, whose motion kick-started the city’s review process. “We haven’t had any changes or updates to our parking regulations around new development since almost 1985.”

Concern about an oversupply of parking has been growing in many cities.

Edmonton became the first major Canadian municipality to remove minimum parking requirements, with council voting last year to allow developers to determine how much to build. Vancouver is expected to follow suit, with staff working on recommendations around parking minimums.

In Toronto, councillors on the city’s planning and growth committee voted Tuesday to have staff consult publicly and come back with recommendations for new parking requirements by the fourth quarter of the year. The city staff report that underpins the review suggests this process will result in fewer mandated parking minimums.

“The review should be guided by the principle that parking standards should allow only the maximum amount of automobile parking reasonably required for a given use and minimums should be avoided except where necessary to ensure equitable access, such as for accessible parking or in areas which would be difficult to serve with transit.”

The Residential and Civil Construction Alliance of Ontario noted in a written submission to the committee that it cost as much as $100,000 to build an underground parking space in downtown Toronto. “Going deep underground for parking adds considerably to the construction time to complete high-rise buildings,” the lobby group argues.

There were no opposing voices among the submissions to the committee and no members of the public came forward, virtually, to speak against the review. The item passed on a show of hands.

Downtown Councillor Kristyn Wong-Tam, who noted the competing interests around parking, urged staff not to neglect the demand created by visitors to and tradespeople servicing developments.

In Toronto, a number of recent development projects, particularly in the core, have received special dispensation to build less parking than required by law. Early in 2020, city council approved a policy of encouraging parking facilities to be built in such a way as to be convertible to other uses, should demand for parking fall.

Automobile ownership has slipped in Toronto over the last 30 years, according to city staff, a trend that it states will likely result in less need for parking. As well, some aspects of changed transportation patterns over the course of the pandemic may become permanent.

Toronto staff state in their report that “moving towards reducing or, like Edmonton, eliminating minimum automobile parking requirements” would be a policy better aligned with the city’s official development goals.

Free parking comes at a high cost: Why Canadian cities are looking to change the rules
November 21, 2020 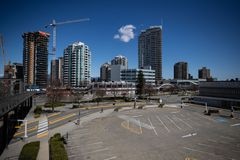 Opinion
Edmonton fights back against the hidden costs of parking with the boldest plan in Canada
July 1, 2020 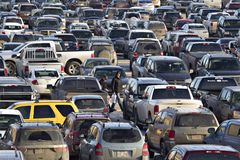 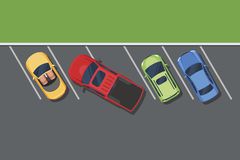