Toronto will explore the feasibility of a tax on vacant storefronts in an attempt to revitalize commercial streets and discourage speculators from sitting on real estate.

The issue has gained local prominence in a hot real estate market that creates what Councillor Brad Bradford dubbed “a perverse incentive” to keep a store empty and watch its value climb.

“Many of our main streets are dying,” said Mr. Bradford, who introduced the motion at city council calling for a report into such a tax. “We see blocks and blocks of retail that’s been boarded up, not for six months, not for the duration for a transit project, but for years and years and years, because of rampant speculation.”

Such a tax is being considered in Vancouver, where a staff report earlier this month showed the storefront vacancy rate in some neighbourhoods surpassing 10 per cent. In New York, Mayor Bill de Blasio has called for a similar measure, and residents in San Francisco will vote next week on a tax on empty storefronts.

Toronto used to offer a rebate for owners of vacant retail and industrial properties, as a way to help their owners cope with missing rental income. That was cancelled in 2018 out of concerns it was providing the wrong incentive.

Toronto city council voted to approve Mr. Bradford’s motion on Wednesday, asking staff to report back this year on the vacant storefront tax, with information on how such a tax might work and what impact it might have on the number of empty stores.

But Ed Sonshine, real estate developer and founder of mall owner RioCan REIT, said that a vacant storefront tax would constitute a “double hit” for landlords who lack a tenant and whose properties are not in line for redevelopment.

“Not sure why there is an assumption that every vacant store is being kept purposefully vacant,” he said in an e-mail. “Sometimes it just takes a while to find a tenant.”

Montreal academic Jacques Nantel, who studies retail commerce, said such a tax could be punitive if applied to owners in a struggling local business environment or those hurt by the rise of online shopping. But he said it might have the desired policy impact on landlords who are speculating.

“So, depending who’s owning the real estate, it will have a different effect, but over all it won’t have a huge effect,” said Mr. Nantel, a professor emeritus at HEC Montréal. “When you add up everything, it probably won’t change a whole lot on the dynamic of the market. It certainly will not change the equilibrium of the city.”

Toronto city staff, who are working separately on a strategy to help main shopping streets, said Wednesday they do not track either the number or duration of storefront vacancies.

Mr. Bradford also didn’t have numbers, but said vacant stores are a concern commonly voiced by residents. He said the point of the tax was not to raise money but to encourage behaviour. And he argued it should be no disincentive to developers trying to assemble land.

“It doesn’t preclude any sort of development potential, but what it does is make sure that our main streets are vibrant and animated in the interim,” he said.

“What we don’t want is main streets that are vacant and we want to make sure that we are encouraging, from a policy perspective, landlords to look at options to support local business.”

A handful of city councillors were opposed to adding the motion to the agenda of Wednesday’s council meeting and then voted against asking for a report. Several of them raised concerns about the difficulty in determining whether a property was truly vacant, and how staff could differentiate between speculators and landlords hurt by neighbourhood conditions.

Councillors Josh Matlow and Mike Colle both pointed to struggling property owners along Eglinton Avenue, where retailers in their wards have been hurt by years of construction for the Crosstown light rail line.

“I think it is a very inappropriate motion … because it almost sends a message that the people who now have lost their business, or may lose their business, are now going to be hit by an extra tax,” Mr. Colle said.

“At this very sensitive time, and we’re dealing with 140 stores that have closed [along] Eglinton, I cannot even entertain looking at a vacant store tax.” 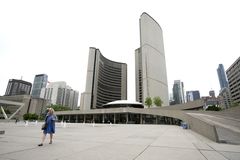 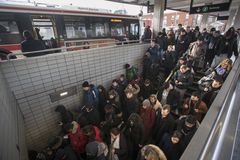