The COVID-19 pandemic is blasting another hole in Toronto’s finances, with city staff presenting a budget that seeks $856-million from higher levels of government.

The city’s $13.95-billion 2021 operating budget offers a sobering portrait of a municipality dealing with the massive impact of the pandemic, which has slashed revenues and brought new costs. The budget shows a shortfall amounting to $2.17-billion, the biggest portion of which is attributed to lost transit revenues.

The budget proposes covering the shortfall by continued trimming of city programs and staff, and with funding from other governments. Ottawa and Queen’s Park have committed less than half of what the city needs this year, leaving the $856-million gap.

“This is a tough budget,” said city manager Chris Murray as he ran through the details at a city hall committee Thursday. “This will be probably our toughest budget process.”

The budget will be modified as it goes through rounds of public consultations and political approvals and is scheduled to receive its final vote by city council on Feb. 18.

The proposed budget includes a property-tax increase of 0.7 per cent, which amounts to $22 for the average homeowner. This is in addition to a previously scheduled rise in the city-building fund – a special levy for public projects – of 1.5 per cent. In total, according to staff projections, the average homeowner would be paying an additional $69 this year.

In a statement, Toronto Mayor John Tory said the budget was “responsible” and correct in avoiding serious service cuts or tax increases.

“The cost of responding to COVID-19 and its impact on city revenues is substantial and will require continued support from the federal and provincial governments,” he wrote.

“I am confident that we will be successful in bringing all governments to the table to renew and extend this partnership for Toronto and all cities across Canada.”

“The federal government will continue to be there for cities, which are on the front lines of the pandemic,” Ms. Freeland’s spokeswoman, Katherine Cuplinskas, said in an e-mailed statement.

Councillor Gord Perks, a frequent critic of the mayor, said the budget “worries me deeply” because it relies on other governments and doesn’t reflect the need revealed by the pandemic.

“The pandemic has taught us that we have deep structural problems with our finances and with inequality in the city of Toronto, and I can’t see where we’re doing anything about it,” he said. “The pandemic has shown us that people who are well-to-do are doing well. And if that’s true, asking only $22 a year isn’t enough.”

COVID-19, which roared into Toronto last year shortly after council approved the 2020 budget, has walloped the finances of cities around the world.

The pandemic caused a $1.71-billion shortfall in Toronto last year as transit ridership cratered and parking revenues plunged while shelter, public-health and other costs rose. That gap was covered entirely through city savings and two rounds of federal and provincial funding known as the Safe Restart Agreement.

This year’s picture is worse, with a shortfall totalling $2.17-billion. That includes $796-million in projected losses at the Toronto Transit Commission, $281-million needed for shelter funding and $59-million in public-health spending.

However, part of the 2021 hole has been filled already. Toronto has identified $573-million in savings and has been promised $740-million in funding by other governments. Based on that pledge, staff say, they are optimistic the remaining $856-million will come.

By law, Toronto must pass a balanced budget. The backstop option, if other governments do not provide the $856-million, is to tap reserves and redirect operating dollars that would otherwise be funnelled to the capital plan.

Staff could not point to specific capital projects that such a move would affect, but floated possible cuts to repair efforts at city assets such as recreation centres and shelters. 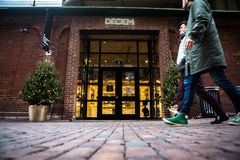 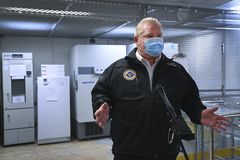 No injuries reported following large explosion at Hamilton steel plant
December 25, 2020
Follow Oliver Moore on Twitter @moore_oliver
Report an error Editorial code of conduct
Due to technical reasons, we have temporarily removed commenting from our articles. We hope to have this fixed soon. Thank you for your patience. If you are looking to give feedback on our new site, please send it along to feedback@globeandmail.com. If you want to write a letter to the editor, please forward to letters@globeandmail.com.
Comments