As the sun rose on a bitterly cold Monday morning, Torontonians awoke to heatless public schools, stalled public transit and much grumbling.

At least seven people ventured outside before 10 a.m. to empty parking spots where their cars had been warming up after thieves took off with the unlocked vehicles.

With the wind chill, the temperature hit -29 C – an improvement over the -35 C mark logged in the city around 4 a.m. It’s the kind of wind chill Toronto can go years without seeing, according to Environment Canada senior climatologist David Phillips – though he joked that it would be considered a “balmy” day in Winnipeg or Yellowknife.

Roads across the city were slick with ice, causing still more collisions after a weekend that saw the Ontario Provincial Police record about 350 and Toronto police about 100 in the Greater Toronto Area.

Wires went down in Etobicoke in the city’s west end, and plumbers raced around thawing frozen pipes.

“There was a lot of anticipation leading up to today – and a little bit of anxiety as well,” said Austin Tsakopoulos, president of Priority Plumbing and Drains, who received at least 25 calls by 12:30 p.m. for downtown addresses. His employees were preparing to work late, and all non-frozen-pipe jobs were put on hold.

Work crews were also dispatched in the early hours to a number of Toronto schools, including Morse Street Junior Public School in the east end, which had no water or heat. The boiler systems in several schools meant that an issue with water also meant an issue with heating, said Ryan Bird, a spokesperson for the Toronto District School Board. The board cancelled its bus service for the day, worried that students might be left outside waiting for buses that could struggle to start in the cold weather.

The city’s transit system had a rough start, too. Despite TTC staff spending the weekend on calls and in meetings, with extra staff on hand to prepare for the bitter weather, switches were frozen at the Leslie Barns streetcar facility and the Wilson Yard bus and subway depot, spokeswoman Hayley Waldman told The Globe and Mail. “This morning there were people out, we were manually warming up switches,” she said.

Some of the older streetcars struggle in the cold, so they were taken off the road for the day. Dense crowds formed on subway platforms, and commuters squeezed onto streetcars. Others fidgeted in the frosty air at bus stops as crowded vehicles passed them by.

Toronto Mayor John Tory visited some of the city’s shelters Sunday night to speak with residents about the help the city offers. Speaking to reporters at the Sony Centre for the Performing Arts Monday morning, Mr. Tory said he’d also spoken to people who chose to remain outside rather than enter the shelter system.

Several 24-hour respite sites and warming centers were at or over capacity Sunday night. Shelter occupancy citywide was at 94 per cent, despite a warning from city officials that it should never exceed 90 per cent for safety reasons.

But, for all the havoc, Mr. Phillips said the weather in Toronto isn’t terribly out of the ordinary.

“Up until this time, we’re having to send search parties looking for the cold. … I think that we felt we’d cheated winter, but I kept saying to people: No, we’ve never cancelled winter in this country,” he said.

After an interlude of above-zero temperatures forecast for Wednesday, he said, Torontonians should brace themselves for another hit of brutal cold around Friday until the middle of next week.

“The second round is going to be maybe not as intensely cold as we have right now, but it’s the duration that will bring us down,” he said.

With a file from Mira Miller 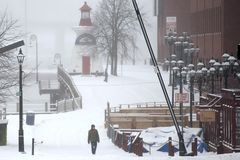 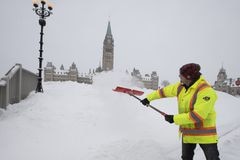