When SARS hit Toronto in 2003, the city was not well prepared.

Severe Acute Respiratory Syndrome arrived via Hong Kong. A doctor who had treated patients with an unusual strain of pneumonia in the neighbouring Chinese province of Guangdong came to Hong Kong for his nephew’s wedding. He stayed at the Metropole Hotel, where he came into contact with and infected at least a dozen other guests.

One of them, known as Mrs. K, was from Canada. The 78-year-old returned to Toronto on Feb. 23, began running a high fever, deteriorated and died at home on March 5. Her son soon became ill and went to a hospital emergency ward. Many staff and patients were exposed. The disease began to spread.

A big study later that year, called Learning from SARS, found that health authorities struggled to cope with the outbreak. Confusion reigned about who was leading the fight to control it. Hospitals didn’t have enough isolation units for infected patients. Laboratories couldn’t keep up with the demand for testing. Public-health agencies failed to work co-operatively on their response. Family doctors complained that officials didn’t tell them what precautions to take or give them the support and supplies they needed.

As Learning from SARS put it, “No Toronto hospital had made infectious diseases a program priority, and there was no regional framework for outbreak management to co-ordinate responses across institutions or health service sectors.” City councillor Joe Cressy, who chairs Toronto’s Board of Health, says some officials were tracking infection cases by using sticky notes.

SARS went on to kill 44 people in Canada and make scores more sick. More than 100 health-care workers were infected and three died. In Toronto, tourism and convention business dried up, dealing the city a hard economic blow.

Things are different this time. The threat is different, for one thing. The coronavirus seems to be affecting mainly older people with other conditions that make them vulnerable. China is acting more decisively than it did with SARS, restricting the movements of millions of people and even rushing to construct a new hospital in Wuhan, the epicentre, in a matter of days.

If, despite all of this, the disease does travel to Canada – and with all the traffic between China and Canada, especially during the Lunar New Year period, it is certainly possible – Toronto is in much better shape to respond than it was back in 2003. At a news conference at City Hall on Friday morning, leading public-health officials from the province and the city insisted that Toronto is ready.

Hospitals, some of them recently built and highly advanced, have more and better isolation rooms. Public- health agencies have improved systems for sharing information and working in concert in a crisis. Better-equipped labs can do quicker tests. A provincial agency, Public Health Ontario, new since SARS, is there to do the research and analysis. Toronto Public Health is standing by to look at individual cases and track down all those who came into contact with an infected person so it can stem the spread of the disease.

Toronto’s Medical Officer of Health, Eileen de Villa, reminds the public that there have been no confirmed cases of the Wuhan coronavirus in Canada yet, that the World Health Organization has decided for now not to declare the outbreak a global emergency and that the risk to the residents of Toronto “is still considered low.” She says she understands that people are concerned, but since SARS, “we have learned. We have shared knowledge and we have built a stronger public-health system.”

She is right. SARS was a frightening time for Toronto, but something good came out of it.

The Learning from SARS report said that the outbreak “severely tested local, federal and provincial capacity to deal with the outbreak, illuminating the strengths and deficiencies of the existing public health and health-care systems. The knowledge gained from battling SARS should help Canada put in place a public health system that will be capable of not only dealing with the next outbreak, but the next pandemic.”

Thankfully, that is just what happened. Health professionals took a hard look at the SARS experience, acknowledged their failures and created something better. Toronto can rest more easily because of it. 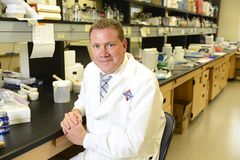 China’s coronavirus lockdown unlike anything seen before; First cases appear in Europe
March 11, 2020 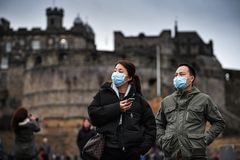 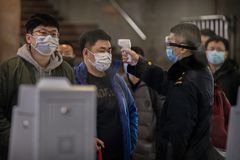