Toronto Mayor John Tory addressed the city’s 25-ward council for the first time on Tuesday, barely mentioning Ontario Premier Doug Ford’s unprecedented intervention in the middle of the city’s election campaign that slashed the number of councillors almost in half.

Mr. Tory, wearing his chain of office after a ceremonial swearing-in, told councillors that residents expect their local representatives to work together, and work with Queen’s Park and Ottawa, to make progress on the challenges facing the city: affordable housing, public transit, crime and poverty.

Mr. Tory, who easily won re-election Oct. 22, has pledged to work with Mr. Ford when he can, rather than pick fights. However, last summer during the campaign, he called Mr. Ford’s move to slash the size of council “unacceptable,” as city lawyers argued in court it was a violation of the Constitution’s unwritten principles of democracy and the rule of law.

Speaking to reporters after his speech, Mr. Tory pointed out that legal appeals against the move are ongoing. He said his relationship with Mr. Ford remains a “work in progress” and that he hoped the two governments could show each other “mutual respect.”

But Mr. Tory also said the time had come to get on with governing: “Right now, quite frankly, we are where we are ... and we have a responsibility to get on with the issues of the day, which are many and challenging.”

In his speech To council on Tuesday, he warned of potential economic headwinds, pointing to the recent General Motors decision to close its plant in nearby Oshawa, Ont. He pledged to carry through with his plans to build more affordable housing and boasted of recent approvals from the province for the city’s planned downtown relief-line subway. And he promised to increase funding for youth programs aimed at troubled neighbourhoods, as Toronto reels from a record year for homicides, demanding that Ottawa do more to curb guns.

However, he also warned that, with the “less-buoyant” real estate market, the city’s land-transfer tax – which has brought in hundreds of millions of additional dollars each year for a decade – is no longer growing as quickly as in the past. That means, the mayor said, the city won’t be able “to do things as we have in the past.”

Councillors will meet again on Wednesday, and begin debating plans to adapt the city’s governance structure, designed for 44 councillors, to a 25-ward system. A proposal drawn up by city staff would see the number of committees cut and the role of councillors in overseeing the city’s agencies, including the Toronto Transit Commission and the zoo, scaled back. Soon, the new council will also be forced to wrestle with a number of issues, including the province’s plans to take control of the city’s subways, and Mr. Tory’s pledge to keep property-tax increases at or below inflation.

The council, which is largely made up of incumbents but includes four new faces, was paraded in on Tuesday by a bagpiper. Each councillor took part in an Indigenous smudging ceremony before taking their seat in the chamber, which has been retrofitted with fewer chairs. Frances Nunziata was acclaimed as speaker, a position she held in the previous council.

While rumours had circulated that Premier Ford planned to attend as a guest of his nephew, Etobicoke Councillor Michael Ford, he was not in the gallery. But the Premier’s brother, Randy Ford, and his mother, Diane Ford, were among the guests who watched the ceremonial first day. 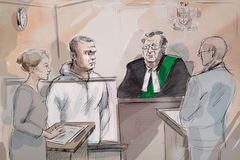 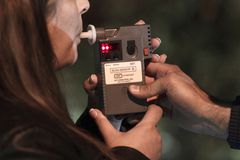 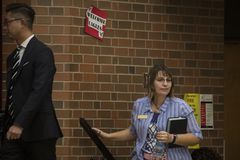