Toronto Police say they believe the suspects in the Scarborough playground shooting earlier this month are still in the Greater Toronto Area, hiding with friends.

Two sisters, ages 5 and 9, were shot in a brazen daylight attack earlier this month while they were among 11 children playing at a playground in the city’s east end. After multiple operations at the Hospital for Sick Children, they’re home and expected to make full recoveries, said Detective Sergeant Jim Gotell of 42 Division.

He warned that anyone harbouring the two suspects who are still at large could be charged as an accessory after the fact, which is punishable by up to 14 years in jail.

Police have arrested one suspect, Sheldon Eriya, 21, but are still looking for the other two allegedly involved, T’Quan Robertson and Tarrick Rhoden, both 23. The three face charges of attempted murder, aggravated assaul, and multiple gun offences.

Det. Sgt. Gotell said Toronto police have given photos of the men to the RCMP, as well as major and minor police forces across the country. Canada-wide warrants for Mr. Robertson and Mr. Rhoden have been issued.

“I believe it’s our goal, or my goal anyway, to have the picture of these two gentlemen in the hands of every police officer in Canada, so no matter where they go, police will be looking for them,” he said.

Police have spoken to most of the families who were at the playground at the time of the shooting, Det. Sgt. Gotell said, but he encouraged those who have not come forward to do so. Even if they don’t want to speak to investigators, police can help them get set up with counselling, he said.

“We’ve been told that a lot of these children are suffering from nightmares, they don’t want to go back to the park,” he said. “If there’s any families who have not spoke to police yet, and your children were in the park, we please ask you to contact 42 Division.”

Police would also like to talk to the man they believe was the target of the shooting, who was unharmed, Det. Sgt. Gotell said. Toronto police have spoken to his friends and family and checked with local hospitals for anyone reporting gunshot wounds.

“We know who he is,” he said. “We have been looking for him for the past two weeks, we haven’t heard anything.”

The community has given police “a lot of support,” Det. Sgt. Gotell said, partly due to the crime of shooting up a playground.

“I actually had somebody who said in a letter to police that normally they wouldn’t contact police with information about a shooting like this but, ‘this one crossed a line, end,’” he said. “I think these gentlemen would probably agree with me to say that we’ve been putting a lot of pressure on places that they frequent, people that they know.”

Det. Sgt. Gotell declined to comment on whether the shooting was potentially gang related.

An online interview with Mr. Robertson, or “Top Gunna,” emerged last week, which Det. Sgt. Gotell said police have seen. It was conducted the day before the shooting by the YouTube channel We Love Hip Hop – a disclaimer at the beginning reads “The artist in this interview has since been charged with a very heinous crime. The accused are innocent until proven guilty.” 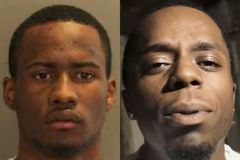 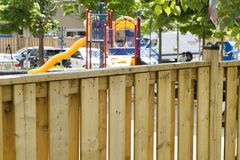 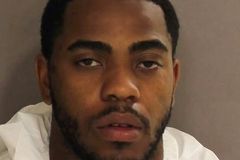 Follow Jack Hauen on Twitter @jackhauen
Report an error Editorial code of conduct
Due to technical reasons, we have temporarily removed commenting from our articles. We hope to have this fixed soon. Thank you for your patience. If you are looking to give feedback on our new site, please send it along to feedback@globeandmail.com. If you want to write a letter to the editor, please forward to letters@globeandmail.com.
Comments are closed