At a time of unprecedented scrutiny on the costs of policing, Toronto’s police board will vote Tuesday on whether to give the city’s auditor-general increased access to the service’s finances – a move city councillors say would allow a more thoughtful debate on the future of Canada’s largest municipal police force.

The recommendation was among more than 80 that came in reports done in recent months aimed at tackling systemic anti-Black racism and rethinking the force’s response to mental-health emergencies. It also calls for a line-by-line breakdown of the $1.2-billion police budget to be made public instead of the summary currently available.

“The reality is that today, and every year before, Toronto council votes on a budget that is over a billion dollars without even the ability to see the line-by-line budget,” City Councillor Josh Matlow said. “And so [this] will hopefully change that … because then we can actually have a really substantial discussion around the line-by-line, and then actually debate whether we agree that our money should be invested in A, B and C, but maybe not E.”

Mr. Matlow, who put forward a motion with Councillor Kristyn Wong-Tam in June to increase budget transparency and eventually scale back police funding in Toronto by 10 per cent, praised the mayor and the police board for these recommendations, which are slated to be discussed at Tuesday’s police board meeting.

Although the motion failed, council later passed a revised version, on which many of the recommendations going to the police board are based.

A recent Globe analysis of police spending across the country showed that, in some provinces, funding for police has grown faster than for transit or social services. (In Toronto, about one-tenth of the municipal operations budget goes toward police services. In other cities, forces have accounted for a quarter or more of city spending, with the majority of those funds spent on officers’ salaries.)

Under the City of Toronto Act, Toronto’s auditor-general lacks the power to audit the police force without an invitation. In addition to providing that invitation, the police board is also recommending that Mr. Hart go to the province to express support for an update to that legislation, “to expand the auditor-general’s jurisdiction to include auditing the [police] service, and reporting the results ... to the board.”

The recommendations have piqued the interest of Ken Hughes, Auditor-General for the City of Ottawa. While Toronto has its own act, Ontario’s 443 other municipalities are governed by the Municipal Act, which does not require local governments to establish an auditor-general’s office. Very few have one, Mr. Hughes said, and those that do similarly require an invitation to audit police.

Mr. Hughes said police finances should be audited as standard practice, and questions why municipal police services would be exempt.

The federal auditor-general routinely examines the RCMP to ensure value for money, for example. And Ontario’s auditor-general has scrutinized the provincial police force’s finances.

“Obviously, there are some aspects of police operations that should remain confidential. I think everyone gets that,” Mr. Hughes said. “But where do you draw the line? How do you know if you’re getting value for money if no one is ever asking the appropriate questions or comparing the activities of one police service to the activities of another?”

Mr. Hughes said he is encouraged by the proposal in Toronto, but would like to see the same change made to the Municipal Act, which undergoes mandatory reviews every so often, to address gaps.

“The most accessible government is supposed to be your municipal government. That’s where you expect to see accountability and transparency,” he said. “If there isn’t somebody independent who can help make everything more transparent, then your accountability is lessened.”

Akwasi Owusu-Bempah, a professor of criminology at the University of Toronto, said that financial audits of the police force would be particularly valuable at a time when cities face widespread calls to “defund” police. The idea is to reduce police budgets and direct the savings to social programs. “Taxpayers should be asking for these,” he said. “This is ultimately taxpayer money.”

“It could be [that they could be defunded by] 25 per cent, it could be 5 per cent. But without looking at what they do, and figuring out what they don’t need to be doing and what could be done elsewhere… we have no idea what that figure should be,” he said. “This is why we need the audit.” 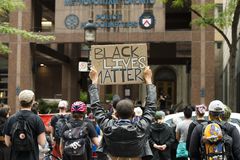 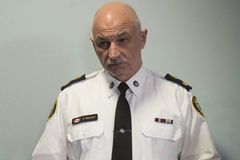 Follow Molly Hayes and Tom Cardoso on Twitter @MollyHayes @tom_cardoso
Report an error Editorial code of conduct
Due to technical reasons, we have temporarily removed commenting from our articles. We hope to have this fixed soon. Thank you for your patience. If you are looking to give feedback on our new site, please send it along to feedback@globeandmail.com. If you want to write a letter to the editor, please forward to letters@globeandmail.com.
Comments