Toronto’s top doctor says public health will recommend that the city’s school boards implement a “gradual introduction” to sports, clubs and other extracurricular activities as early as this month.

Eileen de Villa, Toronto’s Medical Officer of Health, said in an interview on Saturday that the safe return to in-person learning was a priority. She also acknowledged that it was important for students to participate in extracurriculars in school, but felt a more cautious approach was “reasonable.” She said Toronto Public Health will work with school boards to see what is doable.

“We are going to recommend a gradual introduction. So it’s not necessarily, ‘Look you’re going to get nothing in September.’ It’s what’s safe [and] what are the schools prepared to do,” Dr. de Villa said.

Toronto Public Health told school boards on Wednesday to pause extracurriculars, including sports and in-person clubs, for the month of September. The decision came on the eve of a return to school for thousands in the city, and created a furor among students and educators.

Toronto high-schoolers shut out of sports, clubs for September: ‘I feel lost’

High-school students – more than any other cohort in the public education system – have seen some of the most dramatic changes to their schooling in response to the pandemic. Now, even though they are eligible for the COVID-19 vaccine and most provinces have said extracurriculars should resume, the more-transmissible Delta variant threatens to disrupt a third school year.

On Saturday, Dr. de Villa said teens “have done the right thing by getting vaccinated, and I would thank them for doing the best thing they could do to protect themselves and others around them. And we’re looking forward to working with the school boards to see them back on the field, or in the extracurricular activity that they love doing, as soon as is possible.”

Dr. de Villa said that her team was concerned about how schools manage the mixing of different classroom cohorts when students play sports or attend in-person clubs. She said that for activities that occur outside of school, it is clear who is part of a cohort. In schools, however, it is a “little more complicated,” she said, and if students interact with peers outside their cohorts, the greater the likelihood of transmission.

“We know that there will be cases. We’re trying to support our school board partners and offer them recommendations so that when those cases occur, even with mixed cohort activities, it’s clear who was a contact, who was exposed, [and] that can be identified very, very quickly … so follow-up can occur in as smooth a fashion as is possible in the circumstances we’re in,” she said.

Several sports typically start in the fall, including cross-country and field hockey, both of which take place outdoors. It is unclear if outdoor sports would be given priority.

Education Minister Stephen Lecce has said that sports and clubs should be restored because they play a vital role in the physical and mental well-being of students. The province’s science advisory table recommended a return to extracurriculars, but also cautioned that local public-health officials could implement temporary measures and restrictions depending on how much virus is circulating in the community.

Neighbouring boards, including Peel and York, are going ahead with extracurriculars.

Dr. de Villa declined to speak to the rationale of other jurisdictions in resuming clubs and sports. She said Toronto has a large number of students, including the largest school board in the country. “These schools,” she said, “are operating in the midst of a pandemic after a number of months without in-person learning, and we are dealing with Delta.”

In the days after recommending a pause on extracurriculars, Dr. de Villa said public health heard from parents and students upset that they were being denied a more normal school year, but others wanted in-person learning to be a priority.

“We are committed to actually seeing the reintroduction of those activities, albeit in a cautious approach,” she said. “But we recognize there’s value to those, over and above instructional learning that happens within class.”

Toronto high-schoolers shut out of sports, clubs for September: ‘I feel lost’
September 10, 2021 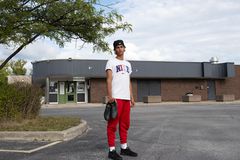 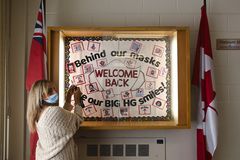 The make-up test: When Canada’s schools open again, how will they catch students up after a year of lost learning?
August 29, 2021 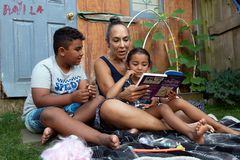