A slain 22-year-old student was shot more than 10 times simply because he was the first person spotted in his north Toronto neighbourhood, police say.

Jeremy Urbina “just happened to be throwing his garbage out at that time, at that moment,“ Detective Sergeant Terry Browne told reporters on Thursday. “Two minutes earlier, two minutes later, he’s likely not a victim.”

Police have recovered footage from security cameras in the low-rise social-housing complex where Mr. Urbina lived with his family at Leslie Street and Finch Avenue East.

The footage shows the blow-by-blow of “one of the most callous killings I’ve ever witnessed in this office," said Det. Sgt. Browne, a 16-year homicide detective. He stressed to reporters that it looks to him like the two suspects neither knew nor cared who their victim was.

“This appears as though a human being is hunting another human being," he said. "That is how this plays out.”

It was a dark and cold night on Wednesday, Dec. 11., when, at 8:01 p.m., two men arrived in a common area of the Toronto Community Housing Corp. (TCHC) complex.

The two suspects wandered around, and loitered in a laundry room, for a total of six minutes.

It was at that point that Mr. Urbina exited his family’s apartment building to put a bag of garbage in a parking-lot dumpster. One of the suspects then sneaked up on him and fired – emptying a volley of bullets into him that was in the “double digits," according to police.

“A suspect comes up on him from behind, out of nowhere, and immediately begins to discharge a firearm,” Det. Sgt. Browne said. “There is absolutely no interaction with Mr. Urbina whatsoever.”

Describing the suspects as one shooter and one accomplice, Det. Sgt. Browne said the two men fled on foot. They were wearing winter clothing that obscured their faces. But police are hopeful that the public can help identify them from video stills.

Det. Sgt. Browne said that it’s possible the two suspects could have showed up looking to kill someone they couldn’t find. “More disturbing, they could have been just in that area looking for anyone who happened to be there.”

He added that the shooting “was nothing short of being callous, cowardly and evil incarnate.”

Mr. Urbina, the 67th homicide victim in Toronto this year, had “absolutely no history” with police, he said.

Remembered as popular, caring and cheerful by people who knew him, Mr. Urbina had a friendly face that was often spotted in Toronto’s downtown. He took courses at the Ontario College of Art and Design, had a part-time job at a Freshii franchise and volunteered at Toronto’s Young People’s Theatre.

Some people knew him by his middle name, Vincent. “Vinny wasn’t just your average person, he acted almost like a foundation, starting up and bringing joy to so many people,” reads a comment posted to a GoFundMe page set up to help his family cover funeral costs.

The shooting took place on Field Sparroway, a street that runs through the TCHC complex. Non-fatal shootings in the neighbourhood were reported to police as recently as September and August. Homicides took place there in 2007 and 2009.

Criminologists say the police allegations fit a disturbing trend. For decades, feuding street-gang factions in Toronto have battled over turf in rival housing projects. But in more recent years, gunmen with less apparent ties to crime groups have picked some targets at random.

“You will get individuals targeting a member of a particular community to send a message, settle scores, or terrorize the community,” said Scot Wortley of the University of Toronto.

He recalled the case of Toronto’s Mark Moore, who in 2015 was sentenced to life in prison for four homicides that took place over a three-month period. A court heard that three of the murder victims were chosen at random. News reports said Mr. Moore had been facially disfigured after being shot as a young teenager more than a decade earlier. 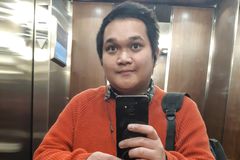