Two blocks from Woodbine subway station stand 1842 and 1846 Danforth Avenue. These modest storefronts wrapped in stucco house a nail salon and a grocer. They seem like nothing special. But Toronto heritage planners beg to differ; these are two of 966 buildings that they want to add to the city’s heritage register, because they form part of “a lively and dynamic streetscape.”

This broad-brush move, which will be discussed at Friday’s Toronto Preservation Board meeting, is the most dramatic change to heritage in the city in a generation. It reflects a belief among preservationists that the old commercial main streets need to be saved at all costs.

But the future and the past may collide here on the Danforth. The city’s planning department sees those same buildings as sites for redevelopment. Toronto will add about a million people in the next generation. It needs much more housing and the city’s plan would put much of that housing on sites like this.

How will this be resolved? Can it be? Nobody at city planning seems to know.

City Councillor Brad Bradford, a former Toronto city planner who now represents that area of the Danforth, has concerns with the scope of this week’s listings. “We have seen systemic challenges with our heritage system in the City of Toronto,” he acknowledged, recalling heritage controversies of the past five years including the Stollery’s building at Yonge and Bloor. “But sometimes the city will swing a big hammer to correct a problem and, in the process, actually create other challenges.”

His main concern is that heritage will “sterilize” sites and prevent their redevelopment. “We are in the midst of a housing crisis right now,” Mr. Bradford said, “and it’s important that we don’t sterilize sites that could provide a lot of housing opportunities by using overzealous heritage policies.”

Redevelopments on streets such as Danforth already face tight constraints. Buildings must be fairly short, and they have to avoid casting shadows on the street or nearby houses. (This is ridiculous, but it’s what planning calls for.) These buildings are not hugely profitable. Heritage retention, keeping an old façade or more, can kill a development with a hundred homes.

And many sites are at stake here. The 966 equal nearly 1 per cent of all the buildings in the entire City of Toronto. Staff say in a report that each has “contextual value, at minimum.” In other words, they’re important because they are part of a larger whole. They’re special because they’re ordinary.

Toronto’s Heritage Preservation Services staff have rarely done large-scale “batch listings” like this one. But they’ve done so previously in North Toronto, and now in Roncesvalles and Forest Hill, all to protect main streets in wealthy neighbourhoods full of lawyers and planners who hate development. Perhaps this is a coincidence.

But staff certainly haven’t protected other things. In recent years they have not listed batches of city schools, despite extensive research from the Architectural Conservancy of Ontario and advocacy. They haven’t listed batches of religious buildings, or banks, or winners of national architecture awards. And when heritage planners looked at the hugely important postwar neighbourhood of Don Mills, they started with a list of about 100 sites and ended up designating only 16.

Important city-owned 1960s housing? Not heritage. But on the Danforth, a homely 1920s greengrocer next to a subway station? Heritage.

As someone engaged with heritage preservation, I find this point of view troubling and familiar. In 2017 I co-authored a new edition of a comprehensive guidebook, Toronto Architecture: A City Guide. It became clear to me that the vast bulk of Toronto’s heritage apparatus over the past 40 years has been focused on a few places: the old house neighbourhoods that were occupied by 1960s gentrifiers. If you live in a multimillion-dollar house in Cabbagetown, heritage planning takes good care of you.

Mary MacDonald, the head of Heritage Preservation Services, wasn’t available for comment this week. But Gregg Lintern, the city’s chief planner, defended these listings as a form of catch-up. “Council has asked us many times to be more proactive about heritage,” he said. That makes for better decisions, he said. Like the city’s tree-protection policy, “it mediates between the various interests with respect to growth in Toronto,” he said.

But it doesn’t. It unbalances them. There are already strong forces pushing against development in upscale neighbourhoods: a lot of city councillors, most of the time. Every anti-development neighbour. Now they have new ammunition. These thousand buildings are irreplaceable parts of our heritage. The city’s Heritage Register says so!

Meanwhile, the city is desperately short on housing. Toronto grew by roughly 46,000 people in 2019, but completed only 13,016 housing units. That mismatch between supply and demand has been consistent for a generation. And a 2019 analysis for the city predicts that growth will double in the next decade.

Something has to give. And if the main streets are going to stay as they are, it’s time to acknowledge that Toronto’s vast swaths of house neighbourhoods need to see some real change and welcome more people. If only that were as easy as adding 966 buildings to a list. 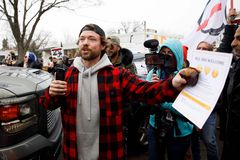 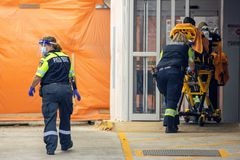 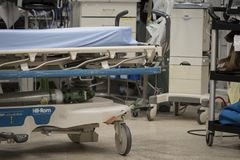