There was little mourning in Toronto last week when New York and Northern Virginia bested Ontario’s capital to win the competition for Amazon’s secondary headquarters. Nor should there have been.

In the age of America First, a Canadian city was never likely to win the right to host a big expansion by a U.S. corporate giant. Can you imagine what the troll-in-chief would have said on Twitter? And if Amazon was a prize, it was an awfully expensive one. Governments are shelling out more than $2-billion for the privilege of playing host to Jeff Bezos and his Everything Store. New York is even letting him build a helipad at the new company nerve centre in Queens.

Toronto wisely avoided playing the incentives game when it launched its Amazon bid. It offered the company nothing but its own merits. Those merits are considerable, whether or not Amazon chose to see them. Just making the bid gave the city a chance to show off its many strengths, from diversity to livability, from its growing tech hub to its thriving educational sector.

Getting on Amazon’s shortlist – Toronto was the only Canadian city to make the cut – put the city in a flattering spotlight. Mayor John Tory notes that the city’s impressive bid book has been downloaded 17,000 times by people from around the world. “Our city is booming and this process has allowed us to tell that success story, he said.

That story is really quite remarkable. The dull provincial city where I grew up has become a humming metropolis, the centre of an urban region of nearly 8-million people. Its downtown bristles with construction cranes. People are flocking to live and to work there. The sidewalks teem with life day and night. The once-desolate waterfront is coming to life.

The suburban cities that ring it are just as dynamic. Mississauga just to the west has almost 800,000 residents and a new downtown with soaring skyscrapers. Brampton just to the north of that has nearly 600,000. The big freeway that runs through it, the 410, is busy all day long, full of commuters and transport trucks.

Over at the other side of Toronto, to its northeast, sits booming Markham. A few decades ago it was just fields and villages. Now it has a population of 350,000, an amazing 70 per cent foreign-born and 80 per cent non-white. Here is the face and the future 21st century Canada.

I tagged along on an urbanists’ tour of Markham the other day. City officials showed us the city’s growing, purpose-built downtown, already home to 15,000 residents and more than 10,000 workers. They showed us the new dedicated busway on Highway 7 meant to whisk people east and west. Condominiums are growing up along it. They showed us a brilliant new community centre, designed by the architects Perkins and Will, with basketball courts, a giant pool, a light-filled atrium and a library full of students doing their homework. This edge city is bursting with energy and optimism.

The same could be said for Toronto as a whole. It has problems, of course, from gun violence and the high cost of housing to poverty in its inner suburbs and an underdeveloped, often overburdened transit network. But many North American cities face even more challenges.

It’s a pity, though hardly a surprise, that Amazon chose not to put one of its hubs here. But it’s hardly the end of the world. Lots of other companies are flocking in. Uber just announced that it is expanding its research hub in Toronto, scaling up to more than 500 people. Google’s Sidewalk Labs is trying to set up a proving ground for new urban technologies down by the waterfront. The film and TV industry is going great guns. So are the pharmaceutical and life-sciences companies clustered around Pearson airport. The airport itself is growing in importance. It hopes to top 50 million travellers a year soon.

So let New York and Virginia shower greenbacks on Mr. Bezos. Toronto will get along quite nicely without Amazon, thanks. 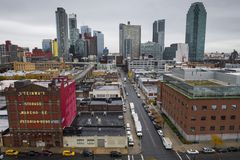 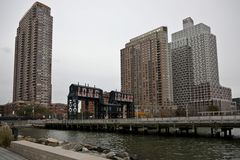