Jennifer Keesmaat has a new plan: To build housing.

“I fought the good fight as chief planner and raged against the system, and I was proud of what I could achieve,” Ms. Keesmaat said. “But in that role, you aren’t able to do what we’re doing: deliver a lot of affordable housing supply.”

That’s a crucial task in the Toronto region, and it won’t be easy. Markee aims to deliver rental housing, mixing market rentals roughly half-and-half with affordable housing for middle-income earners. They will build on sites that are owned by non-profit organizations in the area.

“We asked, can we take the best from private-sector practice and integrate that with developing a public good?” Ms. Keesmaat said. “That public good is stable, permanently affordable housing.”

Their model is to partner up with landowners including municipalities, faith groups and universities. These partners “aren’t interested in getting every dollar out of their sites,” Ms. Keesmaat said, and so land costs – a crucial ingredient of housing affordability – can be controlled.

Their first project will be on the site of Tyndale University, a Christian seminary that occupies a large campus next to a ravine near Bayview and Finch. The design team includes KPMB Architects and the Planning Partnership. Markee will hold its first public meeting on the project Dec. 7. Ms. Keesmaat said they aim for the project to include a public “community hub” with a daycare and other facilities, a café and bookstore.

Mr. Marks, who was formerly CEO of the privately held Shiplake Properties Ltd., said the company will keep costs down, and is willing to accept smaller financial returns than a for-profit developer would require. He argues they can attract private investment from funds that have a “sustainable investing” or ESG (environmental, social and governance) lens – such as pension funds. And they’ve already helped one of their land partners get some funding from the Canada Mortgage and Housing Corp. to support the development process.

Mr. Marks says Markee aims to deliver roughly two projects, and about 2,000 homes, each year. They are prepared to handle all aspects of financing, development and property management for those buildings. The financial arrangements would vary, he said.

The idea makes a lot of sense in theory. And the first Markee proposal, which they’re dubbing Tyndale Green, is intriguing. It would keep the existing buildings (designed in 1960 for a Catholic organization by the important Toronto architects Marani, Rounthwaite & Dick), and add new buildings, led by Shirley Blumberg of the distinguished KPMB Architects.

There is no design yet. But Ms. Blumberg said she and her colleagues are excited to be involved. “I think that with affordable housing and social housing, there’s often much more opportunity for creativity than there is with condominium housing,” Ms. Blumberg said. “The intention is to build community.”

And this is an interesting piece of the puzzle: Markee is a company that professes a strong interest in design quality and “city-building,” as Ms. Keesmaat puts it. She said that they are pursuing excellent architecture and landscape architecture, communities that mix housing with other functions, and sustainability.

If they follow through, that could mean some excellent buildings and places. A development company that can deal with large pools of capital, but is not solely focused on the bottom line, could bring attention to detail and a willingness to spend on quality design and construction. Our governments generally don’t do that.

But the central goal of the company is to help create more rental housing, including a significant amount of affordable housing. Governments aren’t doing that either. A thousand affordable units a year would sure help. “Our goal is to transform access to housing in the city,” Ms. Keesmaat said. “I hear this question all the time: How am I going to be able to live in this city? How can I afford it? We want to answer that question.”

Pandemics have changed cities in the past, and they will again
Subscriber content
November 15, 2020 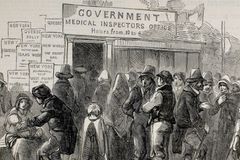 How COVID-19 has made Canada’s underhoused and unequal communities impossible to ignore
November 19, 2020 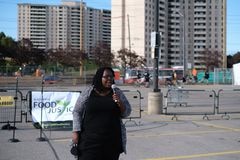 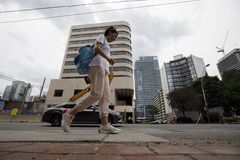