“Heritage” doesn’t have to mean “old.” In Toronto, a city that expanded at a tremendous pace in the 1950s and 60s, there’s a wealth of social history and architectural excellence locked up in the schools, libraries, apartments and factories of that era. Unfortunately, heritage preservation in Toronto is focused on downtown and on affluent neighbourhoods of houses. Modern assets don’t get the attention or the care that they deserve.

In examining this wealth of places, why not begin with the prize-winners? The Massey Medals, begun by Vincent Massey, were national architectural awards of excellence, handed out from 1952 to 1970. The Governor-General’s Medals in Architecture, from 1982 onward, continued that idea.

A good number of the Masseys went to projects in Toronto, often in the 416 suburbs – and few of these are now on the city’s list of heritage buildings. Each, when it was new, was seen as excellent and representative of its time. Each one deserves serious attention from the city and from its owners; each helps tell the story of Toronto’s architecture and its people. Here are a dozen.

Once upon a time, a warehouse could be a showpiece. This complex was designed by Parkin, the leading Canadian architecture firm of the fifties and sixties, for the Canadian branch of Sears. The original buildings, in a yellow brick and concrete that strongly recall the work of Mies van der Rohe, housed a distribution facility and a printing plant for Sears catalogues. The showpiece was – and is – the four-level tower of the site’s power plant, with a multicoloured stair that formed a cubist composition in itself. That one piece is slated to be retained by the current owners, who are tearing the rest of the original buildings down – with no apparent response from city heritage staff – to build big-box retail.

This apartment building, an early gem by the Adamson office, makes some sculptural poetry out of an ordinary assignment. It takes the form of a curved L, dipping away from Eglinton Avenue and culminating in a curved façade whose strip windows and columns hark back to the radical modernism of the Bauhaus. The building has appeared to be in excellent shape; unfortunately its yellow brick recently got a coat of dark paint, which will be bad for the building and strips away some of its considerable charm.

One of Toronto’s many great library buildings, this reflects the Scandinavian influence that came into the cities architecture in the late-sixties. Recent renovations imposed a new aesthetic on the building, but the outside, with its brick skin and angular, asymmetrical composition, retains much of its original character.

Unassuming from the outside, this is a wonderfully complex and welcoming building that offers a wealth of hiding places and perspectives. Architect Phillip Brook wrote that “the character, scale and atmosphere of spaces in [a] library should vary as widely as its users.” That’s true here.

Mr. Fleiss and Mr. Murray, each important architects of their generation, collaborated on a number of schools. This one, built as a vocational school in South Riverdale, is an unusual four-storeys tall: a central gym and cafetorium surrounded by classrooms and capped by what was originally a roof playground. The building’s façades of precast concrete and brick retain their firm beauty, and the school’s tall-and-tight organization shows us how schools can fit compactly into the city.

Designed by the Adamson office, an elegantly Miesian machine for learning. While a bit beaten-up today, it’s still one of the best buildings in the area. The school is now in a twilight phase; it was at less than half-capacity last year, and it’s about to be amalgamated with another nearby school. In this case the building will survive – but other modern schools, built for the baby boom and long below-capacity, have been and will be torn down. How much heritage will go with them?

One of Toronto’s earliest examples of the muscular, exposed-concrete aesthetic known as brutalism. With its terraced set of north-facing studios, it is a modern machine for art-making. The structure is in rough condition on the exterior, with water-damaged concrete and a terribly designed new accessibility ramp. And yet it’s still, unmistakably, a work of art in itself. A designated heritage building, it deserves a painstaking renovation.

This residential complex by the local architects Klein & Sears won not one but two Masseys. Organized around shared courtyards with parking hidden underground, it reflects the 1960s attempts to imagine a new community-building architecture for a car-oriented city. It remains beautiful, and will soon be demolished for a much less impressive condo project.

Another yellow-brick industrial gem from the Parkin office, this was designed to front onto the Queen Elizabeth Way, providing its owners a way to put their brand name before the eyes of speeding motorists. It survives as a craft brewery today.

The Hungarian-born Mr. Eber, who worked in the Parkin office, designed this wedge-shaped house to connect with the landscape; the front courtyard and a fully glass back wall connected the house’s public rooms with what’s beyond. The front façade, much more private, is a lovely composition in brick and cedar; with luck it won’t be sold and demolished for a clumsy monster home like the one across the street.

A Canadian building that was admired around the world. Its long, linear megastructure snakes along the Highland Creek Valley like an ancient city. Inside, its streets and internal balconies have incredible character, with sunlight washing down on the wood-textured faces of the concrete. There have been many changes to the campus since it opened, and the central idea of Mr. Andrews’s plan, of a long indoor “street,” has been abandoned, but the craft and complexity of this place remain remarkable. A Canadian landmark.

Architecture’s future rests in the hands of robots
January 25, 2018 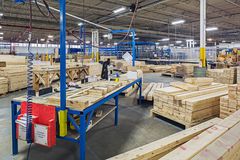 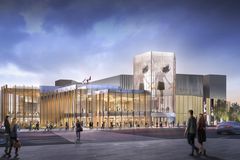 Confronting architecture’s ‘don’t look back’ maxim
May 18, 2017
Follow Alex Bozikovic on Twitter @alexbozikovic
Report an error Editorial code of conduct
Due to technical reasons, we have temporarily removed commenting from our articles. We hope to have this fixed soon. Thank you for your patience. If you are looking to give feedback on our new site, please send it along to feedback@globeandmail.com. If you want to write a letter to the editor, please forward to letters@globeandmail.com.
Comments are closed