An hour after Toronto’s east-end collision reporting centre closed on Tuesday night, the front doors were smashed and the entrance was doused with gasoline and set on fire. Emergency crews arrived quickly to extinguish the fire, but the perpetrator was gone.

When police officers arrived to open the North York collision reporting centre six hours later, they discovered that location, too, had been the target of an attempted arson. A window was smashed and an accelerant was tossed inside, but it did not ignite.

As of Wednesday evening, both centres had reopened.

Asked Wednesday whether the two cases could be part of a turf war that has been raging across the Greater Toronto Area over the past year and a half among towing companies – an industry with which collision reporting centres are inextricably linked – police acknowledged they are considering it.

“We can’t say they are linked at this time, but understandably, that is forming part of each investigation,” Toronto Police spokeswoman Connie Osborne said.

Collision reporting centres were established in the 1990s as a way to avoid having to dispatch police to minor crashes and to crack down on collision-related insurance fraud. In Toronto, anyone whose vehicle is damaged in a collision is required to bring it to one of the two centres, by themselves if it can be driven, or by tow truck.

Although they are staffed by police, they are privately owned by a company called Accident Support Services International Ltd., which declined to comment on Wednesday.

In the past year alone, more than 30 tow trucks have been set on fire, two men connected to the industry have been killed, and a law firm that represented insurance companies in lawsuits against towing companies was forced to shut down after arson, threats and a shooting in broad daylight, a recent Globe and Mail investigation revealed.

On Monday evening, someone fired shots at a tow truck in the parking lot of a grocery store in Richmond Hill, Ont. The driver was not injured, York Region police said, and the truck was seized for forensic examination. Investigators have appealed for witnesses, or video of the shooting.

The violence has renewed calls for an overhaul of Ontario’s towing industry, which is largely unregulated and rife with corruption.

“We’ve heard from Northern Ontario municipalities, towers in Northern Ontario, towers’ groups, police outside of the Greater Toronto Area, that the problem is spreading,” Mark Graves, president of the Provincial Towing Association of Ontario, said on Tuesday.

Ottawa Police Sergeant Chris Montague said tow-truck-related violence has been on the rise in his city since about mid-2018.

He said drivers have been migrating from Toronto and Montreal — particularly after the latter city cracked down on organized crime in its towing industry in 2017.

“We get it from both, the east and the west,” Sgt. Montague said.

In Sgt. Montague’s view, the issues boil down to a lack of rules.

“Because there’s such a lack of regulation in the industry, you know, people are very much aware of that,” he said. “They see what they can get away with.”

Ottawa does not have municipal regulations for tow trucks. Although the city is considering adopting a system, Sgt. Montague believes provincewide regulation is needed.

“Municipalities can only do so much,” he said.

When City Councillor Shawn Lewis was in a car accident in December, 2018, he was taken aback by how aggressive some of the tow truck drivers were, even after he told them he had already called a company.

“I started to think about – why is this allowed?” he said. After looking into what other communities do, he proposed regulations for London. But Mr. Lewis said he too would like the province to manage the industry.

“Sometimes, we have to be the dominoes that start things falling into line, and then the province will eventually take some action,” he said. 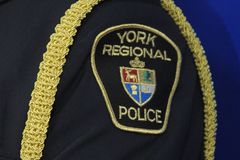 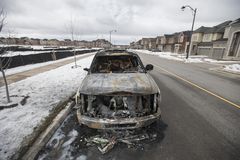