Toronto’s transit unions are calling for better health precautions for their members, including the right to wear protective masks on the job and more frequent cleaning of buses serving the airport.

The emergence of the novel coronavirus has raised concerns among some transit workers – heightened after a GO Transit bus passenger tested positive for the virus, resulting in her driver going into quarantine.

Employees of the Toronto Transit Commission and the regional transit agency Metrolinx, which oversees GO, are not permitted to wear masks on the job. Spokespeople at the agencies argue that basic masks are not effective at preventing transmission of the virus and can alarm the public.

However, union leaders say that if the masks offer even a small amount of protection, their members should be allowed to wear them.

“I have put out a statement to our members saying: If you feel it’s a safety issue and you feel you have to wear a mask, the union will back you 110 per cent,” said Carlos Santos, president of Amalgamated Transit Union Local 113, which represents the bulk of TTC employees.

Manny Sforza, vice-president of ATU International, which has locals at both the TTC and Metrolinx, warned that a continued prohibition by the agencies could lead to escalating problems.

“We don’t want to get to a point down the road, whether it’s tomorrow or three weeks from now, where this becomes combative, where somebody does a work refusal,” he said. “Because we’ve had a lot of calls about members saying, ‘I want to do a work refusal. I’d like the Ministry of Labour to come in and make a decision.’ And we’re asking them to remain calm.”

Concerns over the virus are particularly high among transit employees serving Pearson airport.

One GO bus driver whose route goes to the airport said he is concerned about handling passenger luggage with the cotton gloves he is issued. And he noted that drivers have to check their bus at the end of each run, a walk-through that invariably involves touching some of the same spots passengers have been touching. The Globe and Mail is not identifying the driver because he fears retribution from his employer for speaking to the media.

On the weekend Metrolinx started applying a long-lasting microbial to all its vehicles, a step the TTC has also been considering.

“Any vehicle that serves the airport should be wiped down after every trip,” he said. “Our members that go into the airport and service the airport are at a slightly higher risk than the average Torontonian.”

The union has started to roll out social-media messages questioning agency responses to the coronavirus, particularly the prohibition on transit employees wearing masks. “Toronto welcomes travellers from all around the globe,” one states. “It’s time for Metrolinx to be a responsible employer.”

Metrolinx spokeswoman Anne Marie Aikins said, though, that masks are not as effective as people may believe and can send a negative message. “It does give the impression to the public that the risk is higher than it is, and so that’s not something, that impression, we want to give to our customers,” she said.

Stuart Green, a spokesman for the TTC, said the advice from public health agencies is that masks can do more harm than good, because people wearing them tend to touch their faces more often.

Transit staff who want to wear a mask are being given an explanation as to why the agencies do not approve. If they insist, they may not be allowed to work. 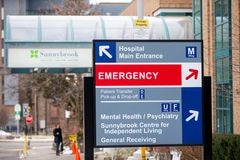 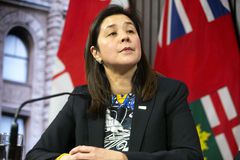 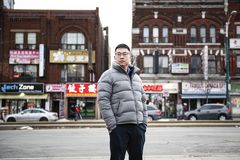