Toronto Mayor John Tory says he wants to work with Ontario Premier Doug Ford on the future of Ontario Place, but would oppose a casino at the province’s long-neglected waterfront site.

Mr. Ford and his government have said nothing concrete about their plans for Ontario Place, a one-kilometre futuristic showcase that opened in 1971 but was shut down amid dwindling attendance under premier Dalton McGuinty in 2011.

But during the tumultuous mayoralty of his brother, Rob Ford, when the Premier was a Toronto city councillor, he favoured a waterfront casino and pushed a failed plan to install a Ferris wheel, a monorail and a “megamall” in the Port Lands.

Mr. Tory, who oversaw a review of Ontario Place after it was closed that called for the creation of a large “urban park,” says he knows nothing of Mr. Ford’s intentions. But he added that he remains opposed to any notion of a waterfront casino. Plans have since advanced for a large casino expansion and redevelopment at the Woodbine racetrack in Etobicoke.

“The great cities of the world don't have casinos downtown, if you think about it,” Mr. Tory said on Friday in an interview. “They just don’t.”

A process launched by the Liberal government of Kathleen Wynne that sought private-sector partners for redevelopment of the site ran out of time and had to be mothballed as the election campaign got under way earlier this year.

Mr. Tory said he briefly raised the idea of revitalizing Ontario Place with the Premier at the launch of the annual Caribbean Carnival at the city’s nearby Exhibition Place last month, saying the future of the two sites must be co-ordinated. Mr. Tory said the Premier agreed, but that was the extent of the discussion.

Just a couple of weeks later, Mr. Ford said in a speech at the opening of the Canadian National Exhibition that he wanted to revitalize Ontario Place and “work in conjunction with the CNE.” The Toronto Star reported on Friday that Mr. Ford’s government plans an “international competition” for concepts for Ontario Place, and that the Premier was taking a personal interest in the project.

City councillor Mark Grimes, who chairs the board of Exhibition Place, said he spoke to Mr. Ford on Friday and the Premier expressed willingness to work with the city on the future of both sites. But the Premier, Mr Grimes said, did not reveal any details.

A spokesman for Sylvia Jones, Ontario’s Minister of Tourism, Culture and Sport, said the provincial government will announce its plans for the redevelopment of Ontario Place in the future. A spokeswoman for Mr. Ford did not respond to questions about the Premier’s personal interest in the project.

One idea that has been floated in the past is to move the Ontario Science Centre to Ontario Place, potentially freeing up part of the city-owned site at Don Mills Road and Eglinton Avenue East for residential development.

But Ontario Science Centre chief executive officer Maurice Bitran said his plans for revitalizing the site as it approaches its 50th anniversary in 2019 do not include any such move.

However, one of the now-shelved concepts solicited by the previous Liberal government suggested the idea as an option. That bid, spearheaded by developer Ken Tanenbaum, also called for the creation of a massive park and the campus of an educational institution. But Mr. Tanenbaum, who remains an advocate for the idea of moving the science centre, says he is not in talks with any government about it.

A Beamsville, Ont., man who has been trying to establish a fast-ferry from the Niagara region to Toronto has said he pitched the idea of using Ontario Place as one terminus of the service to Mr. Ford during the campaign, and that the Tory Leader was “very interested.”

Bruno Caciagli, who has been trying for more than a year to get hovercraft service running on Lake Ontario, said he met Mr. Ford at campaign events and that the PC Leader appeared intrigued and told him to submit more details through a go-between.

Transportation Minister John Yakabuski was not available to comment on Friday about a proposal to build a ferry service to Ontario Place.

With files from Oliver Moore and Justin Giovannetti 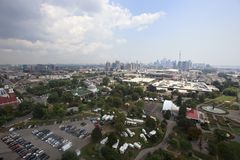 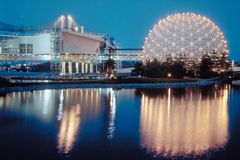