Two Toronto-area tow-truck company employees are in hospital after a Sunday night shooting in what police say could be the latest incident in a violent turf war between tow-truck drivers across the Greater Toronto Area.

The first victim, a 30-year-old man, was shot while sitting in a car in a parking lot. The second, a 17-year-old, was standing in the lot when a masked gunman opened fire.

By the time emergency responders arrived, the shooter had fled. The two victims were rushed to a trauma centre. As of Monday morning, Staff Sgt. Hilliker said the 17-year-old was deemed stable. The 30-year-old remains in critical condition.

The parking lot – where the car and a tow truck remained parked – was taped off Monday for forensic investigation.

Staff Sgt. Hilliker said Monday that the investigation will be probing what connection this case might have to the continuing violence and feuding within the GTA’s tow-truck industry.

As The Globe and Mail reported Saturday, in the past year more than 30 tow trucks have been set on fire in the region, and at least two men with ties to the industry have been killed, as operators compete for bigger slices of the lucrative business and tensions continue to escalate.

Mark Graves, head of the Provincial Towing Association of Ontario, told The Globe that he used to receive calls from consumers with complaints about exorbitant bills. Now, he primarily receives calls from drivers afraid to go to work.

The violence has also targeted peripheral industries, including a Vaughan law firm that specialized in representing insurance companies in court battles against local towing companies, over storage and towing bills.

That firm, Carr Law, has closed down after two arsons, an attack on a lawyer in the parking lot and finally a shooting in broad daylight in September.

Industry stakeholders said the violence has added urgency to their long-standing calls for regulation and oversight of the lucrative and highly corruptible industry.

Doug Nelson, who is both head of the Ontario Recovery Group (an umbrella association that represents the interests of heavy duty towing companies in the province) and executive director of the Canadian Towing Association, says provincial licensing and management is the only way to protect tow-truck drivers – and consumers.

Transportation Minister Caroline Mulroney and Government and Consumer Services Minister Lisa Thompson have previously declined interview requests with The Globe about violence within the tow-truck industry.

In an e-mail Monday, a spokesperson for Ms. Thompson said, “The government is aware of this issue and remains committed to working with our law enforcement partners and the Ministry of Transportation where necessary. Any criminal activity falls under the purview of the police and should be reported to the local law enforcement unit.”

A spokesperson for Ms. Mulroney deferred questions Sunday to the Solicitor-General, who also declined to comment through a spokesperson.​ 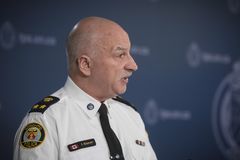 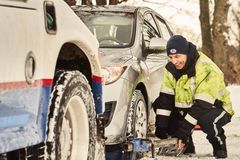 Manitoba tow-truck driver turns rescuer when auto lock malfunctions
August 13, 2015
Follow Molly Hayes on Twitter @MollyHayes
Report an error Editorial code of conduct
Due to technical reasons, we have temporarily removed commenting from our articles. We hope to have this fixed soon. Thank you for your patience. If you are looking to give feedback on our new site, please send it along to feedback@globeandmail.com. If you want to write a letter to the editor, please forward to letters@globeandmail.com.
Comments