To understand cities – and to run them – you need to think across boundary lines. That’s the insight that defines the University of Toronto’s new School of Cities, a partnership that brings together faculty from 40 divisions to think about city issues and, specifically, about the region where it sits.

The program, announced earlier this month, aims to bridge research, teaching and policy-making on city issues – taking the university into the middle of the multidisciplinary conversation known as urbanism and engaging it with public-policy questions.

This week, University of Toronto president Meric Gertler, himself an urban geographer, explained what the School of Cities aims to do. “We’re focused on addressing urban challenges,” he said in an interview, “like housing affordability, like the growing divide between rich and poor and the challenge of social inclusion, and like many sustainability-related challenges.

“For each of those, we think you can go a lot farther if you have lots of disciplines that can come together collaboratively.”

The initial list of issues – inclusive growth, housing affordability and the challenges of adapting to climate change – closely track the agenda of Future Cities Canada, a recently announced partnership of think tanks and non-profits.

Dr. Gertler also emphasized the importance of the suburbs. Car-oriented suburban neighbourhoods are where most Canadians live and where many of the most difficult policy challenges now lie. U of T has three campuses: one in downtown Toronto and two in the suburbs, in Scarborough and Mississauga. Dr. Gertler said, “Given that such a large proportion of new Canadians end up settling in such places and that these places are where a disproportionate number of disadvantaged people are living, I think it’s important to have a focus on the success of suburbs.”

The School of Cities already includes scholars from disciplines such as urban studies, architecture, engineering, anthropology, geography and management. It will officially begin operating on July 1, with a temporary space on campus. Dr. Gertler suggested that a permanent physical centre will bring in local collaborators and host public events “with leading thinkers from across the country and around the world.”

The University of Toronto, which has always stood at the intellectual and physical heart of the City of Toronto, has not had a particularly strong role in local policy-making in recent decades. Dr. Gertler – without being specific – suggests that this will change.

“The goal is not an academic exercise,” Dr. Gertler said. “The goal is to work across the boundary of the university, to make that boundary as porous as possible and really work with partners in the community – government agencies, non-profits, you name it.

“The resources of the university should be marshalled in the service of the communities around us.”

A conference this week suggested what that might look like. Titled Toronto: Toward a Smart and Inclusive City-Region, the event brought together university faculty with colleagues and representatives of the non-profit sector to talk about the tech sector, its growth and what that means for cities – particularly Toronto.

“Toronto is at an inflection point,” said Shauna Brail, director of the university’s urban-studies program. It is now faced with a challenge, she said, to manage the effects of economic growth and determine “how our city-region remains a thriving and inclusive place.”

After a keynote by the university’s Richard Florida, speakers included Kim Walesh, the director of economic development for the City of San Jose, who explained how that California city is adapting to the realities of Silicon Valley; and Paula Kwan, the director of Toronto’s Civic Innovation Office, who explained how the municipal government is attempting to embrace the value of innovation.

The close of the event was a conversation between Munk School of Global Affairs professor Janice Gross Stein and Dan Doctoroff of Sidewalk Labs, the Google sister company that is partnering with the government to develop a neighbourhood on Toronto’s waterfront. “The city is the ultimate multidisciplinary entity,” Mr. Doctoroff said. And when pressed about the most controversial issue in the Sidewalk Toronto proposal, the management of personal data, Mr. Doctoroff said: “The policies have to be made in the open.”

More ordinary urban-planning issues – such as the Scarborough subway extension, the planned multibillion-dollar project that would not reach U of T’s Scarborough campus – routinely involve the combination of land-use planning, transportation planning, social and economic analysis.

“Place is powerful because of its ability to integrate systems into one defined geography,” Dr. Gertler said, “whether those be natural systems or human systems like transportation and housing. If you want to solve an urban problem, you need to come at it with an array of tools that span different disciplines. This is really a new way of thinking about urban intervention.”

Opinion
The school of hard Knox: A neglected Toronto architectural centrepiece gets its due Subscriber content
January 1, 2018 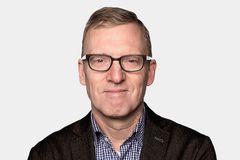 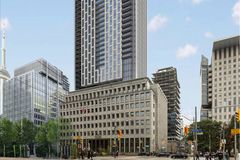 How a kiln building in Toronto will heat up the new Future Cities Canada
May 18, 2018 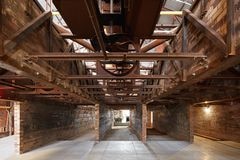