Amid Chinatown’s raucous Toronto street mosaic, the buff brick building on the northeast corner of Dundas and Spadina has been mostly mute for years, its facade distinguished these days only because of the wraparound teal branding of the Rexall drugstore on the main floor.

But for the past several months, the long-shuttered interior of what was once one of Toronto’s most storied theatres has been undergoing a facelift – an intriguing bookend project to the ongoing redo of the El Mocambo further up Spadina.

Rony Hitti, a veteran club operator, is looking to reopen the Victory Theatre next summer as an entertainment and heritage food emporium – a mash-up of the building’s history with state-of-the-art tech, plus a generous side of promoter hype. “You walk into a space like this and light bulbs go off,” Mr. Hitti said during a recent tour of the place, boarded up since 1992.

Mr. Hitti has run Winston’s and the Boa Café, among many other Toronto venues. Sitting one fall afternoon high up in the auditorium with his business partners, Lavelle owner Reza Abedi and contractor Alex Seferovic, the restaurant veteran surveyed the dusty, debris-filled hall and conjured visions of what he has in mind: an old-style Spadina deli, a vampy Chinese banquet hall, immersive high-tech light shows, lectures, perhaps even the occasional burlesque performance.

“I love the creative process,” he mused, noting that his plans envision a theatre with a capacity for up to 1,000 patrons, plus seating for 400 more people in two proposed restaurants. “I’m a dreamer.”

It’s difficult to imagine a local building that packs as much fodder for the imagination. Designed by architect Benjamin Brown and developed by Toronto’s Jewish community in 1922, the Standard Theatre, as it was originally known, served as a venue for Yiddish theatre.

According to historian Tyler Wentzell, the Standard represented the first real communal space for a fast-growing immigrant group whose members had mostly clung to their Eastern European identities. “It was going to be a 'theatre for all of us,’” he said.

The Standard soon became known as a hotbed of left-wing politics. At one point, authorities halted performances of a play called Eight Men Speak, about men imprisoned for being associated with the Communist Party. In 1929, Toronto police raided the Standard and dispersed the crowd with tear gas, the first use of the chemical recorded in Canada. The reason: a law banning groups of people holding meetings in languages other than English.

In the mid-1930s, the Standard became the Strand, a movie theatre that operated until the end of the Second World War, when it was reopened as the Victory Burlesque.

It was the era of Toronto peeler bars, with several operating on Queen West and Yonge Street. By the late 1960s, the world of stripping had made common cause with the countercultural revolution. The Victory became a popular destination for young people, touring musicians, flâneurs and even ballet dancers looking for a regular paycheque. The house band was Joe Mendelson’s Bump 'n' Grind Revue, advertised in papers like The Globe and Mail as “good blues and naughty girls.”

At one point, “Honest” Ed Mirvish toyed with buying the Victory, but opted instead to acquire the Royal Alex, on King Street.

By the 1970s, the Victory had shed its strip-club persona, re-emerging as the Golden Harvest, which screened Chinese-language films. In 1992, new owners bricked up the Spadina entrance and turned off the marquee, leaving the Victory’s soaring ceilings and swirling stucco decor in the dark. While the seats were sold off, the last owners left several vintage film projectors in the projection booth.

Then in 2015, Mr. Hitti heard that the building had changed hands, for $9.8-million, with the new owners looking for tenants. He snapped up a 20-year-lease and recruited Mr. Abedi to develop a business plan. Mr. Abedi found investors and set an ambitious renovation budget of $10-million.

The wrinkle is that the interior is protected by an 11-year-old heritage easement that applies to the art-deco walls and recessed plaster ceilings. While those elements go back to Brown’s original design, the theatre itself was substantially altered in the 1970s by architect Mandel Sprachman.

While Mr. Hitti said he has been in touch with Heritage Toronto and various historians, including Mr. Wentzell, the city has not been officially notified about the restoration scheme. “Assumptions can be made about what is and is not protected,” said Mary MacDonald, senior manager of heritage planning services. “There is no deemed permission.”

The true heritage preservation challenge with a structure like the Victory is determining which era’s decor and uses can be considered to be both authentic and worth saving historically.

For his part, Mr. Hitti wants to revive the space to its pre-strip-club grandeur, but allows that some of his grand ambitions may not pass muster with city officials. “Some of our ideas will be challenged by the historical board, and we’ll defer to them.”

Editor’s note: (Dec 13, 2021) A previous version of this story said the El Mocambo is being refurbished by Charles Khabouth, the owner of INK Entertainment. This version has been corrected. 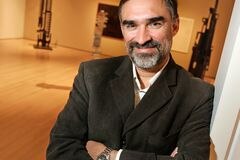 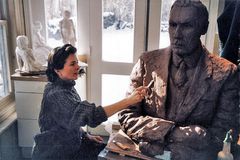