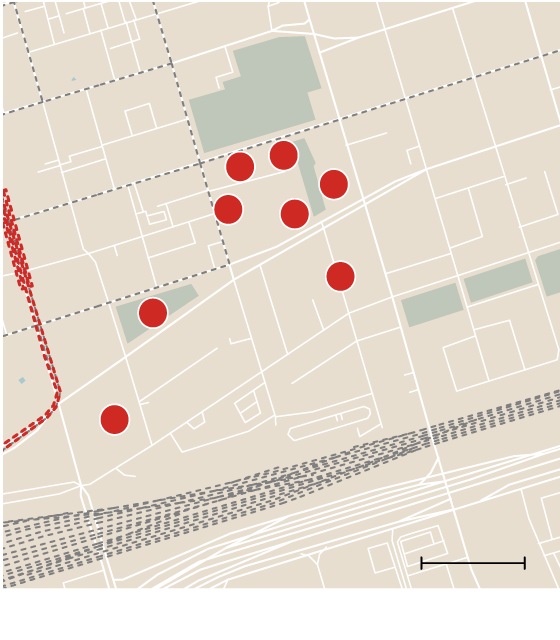 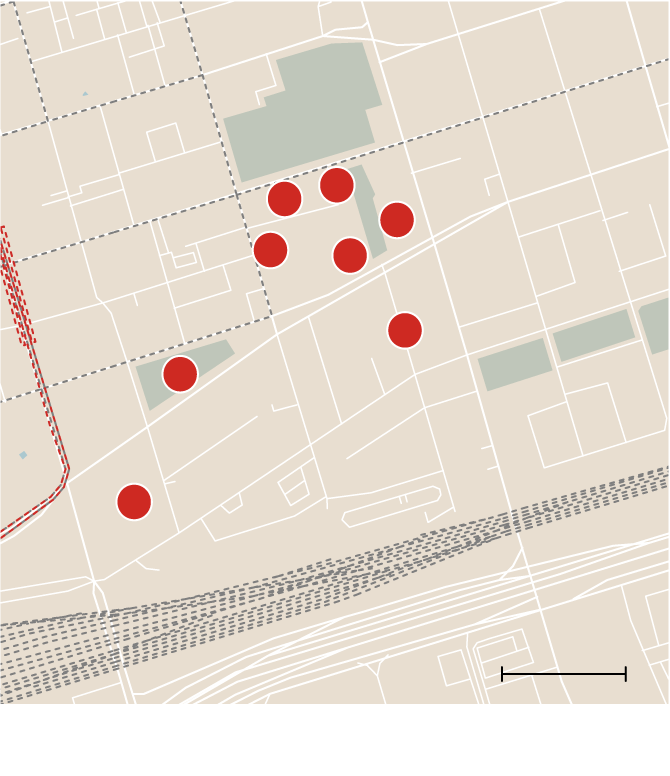 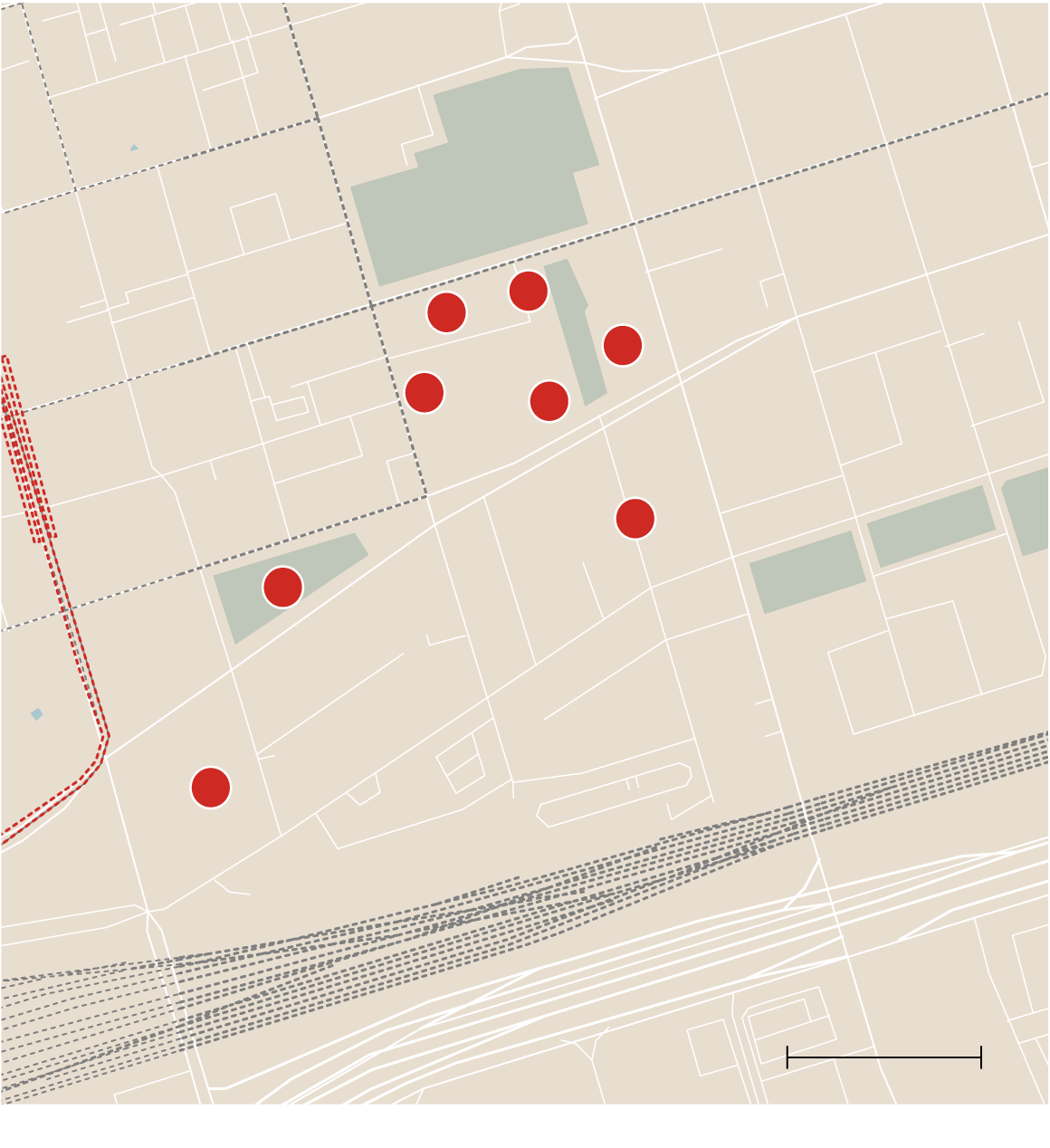 This is where Toronto was born. The 10 square blocks of the original town grid were the basis for York and its evolution into Toronto. Today, the district has had its ups and downs, but remains stocked with some of Toronto’s most important civic buildings, and examples of thoughtful planning from the 1970s.

The L Tower (residences), 8 The Esplanade

A cautionary tale. This hall is full of architectural drama, courtesy of the ambitious Brit Dickinson and engineer Morden Yolles, from its grandiose lobbies to the broad spans of the hall itself. When it opened in 1960, it promised a glamorous new Toronto: its cantilevered canopy welcomed crowds to the premiere of the musical Camelot with Richard Burton. And yet the house proved less than ideal for the Canadian Opera Company and the National Ballet of Canada, who eventually left.

After plans for new cultural institutions fell through, what was left in the mid 2000s was the valuable site and a residential developer. Daniel Libeskind, then at the height of his fame, added some cachet to the scheme. The curvy tower is formally interesting and well-detailed up top, though its base is poor. It features the architect’s trademark shards, which take on various symbolic resonances in buildings such as the ROM but here signify nothing in particular.

Right behind the famous Flatiron Building of 1891–92 lies this wedge-shaped park, another landmark. Once this site was filled with well-wrought warehouses; these were demolished for parking in the 1960s. In the ’70s it became a welcome green space of undistinguished design. The fine redesign by Cormier includes a crisp plaza, a new streetscape to the west that’s inspired by Market Street, and a cast-iron fountain ornamented with sculptures of dogs. A tribute to our four-legged friends, or a poke at Toronto’s willingness to let yappy canines rule our public spaces?

A bold act of city-building. Developer Paul Oberman assembled the buildings on this historic block, and saw the potential to improve the street itself. He hired DTAH to do so, and they reconceived the sidewalk and roadway as one surface that could be used flexibly as patio, walkway, and parking depending on the season with the use of removable bollards. After Oberman’s sudden death, his widow and partner Eve Lewis spent years seeing it through with the city. No doubt it has paid dividends for the developers; it continues to pay off, in comfort and pleasure, for thousands of market visitors each week.

In 2010 the city held an international design competition for this, the fifth market building in this site’s history, to replace an unloved 1967 Brutalist shed. The firm of Richard Rogers won with a scheme for a pair of linked sheds, wrapped in vertical fins and featuring their high-tech detailing. What’s being built retains an intelligent plan and a big architectural move: a glassy atrium will visually link the South Market and St. Lawrence Hall for the first time.

A firmly Modernist office building that harmonizes with the Georgian streetscape. The tall three-storey front picks up some horizontal alignments from the neighbour, but its façade is limestone and a pinkish-red brick, expertly detailed. (Architects call those shallow channels “reveals.”) The façadectomy in the middle is deftly handled; the octagonal tower turns the corner into pedestrian Market Street. This fine project won a Governor General’s Award in 1991.

From 1938 to 1981 this was a parking lot. Ever since, with a brief hiatus, it has been a place for contemporary art and contemplation – and also a link from St. James, via Market Square, to Front Street. The waterfall and ivied walls, designed by city staff, owe a debt to Zion & Breen’s Paley Park in Manhattan.

One of the best buildings of the era in Toronto: dense mid-rise housing dressed in the red and yellow brick of the 19th-century city. (The masonry even came from the Don Valley Brick Works.) By borrowing the massing and window patterns of the nearby lofts, it fits in, and yet the complex retains a residential attitude through its chamfered corners, bay windows and pedestrian walkways. The two buildings surround a private raised courtyard; this configuration is common in Europe and makes a good city, and yet the politics and economics of Toronto development mean such projects will be rare.

Excerpted from Toronto Architecture: A City Guide by Patricia McHugh and Alex Bozikovic.

Copyright © 2017 by the Estate of Patricia McHugh and Alex Bozikovic.

Published by McClelland & Stewart, a division of Penguin Random House Canada Limited. Reproduced by arrangement with the Publisher.