Waterfront Toronto has chosen a veteran Ontario bureaucrat as its new chief executive officer, just days before the development agency is set to unveil a final proposal from Google affiliate Sidewalk Labs for its contentious “smart city" project.

The waterfront agency, a hybrid creature of the municipal, provincial and federal governments, announced on Wednesday that it had hired George Zegarac as its new CEO. Next Monday, the agency is expected to release the hotly debated Sidewalk Labs plan for public consultations.

In a statement, Waterfront Toronto chairman Stephen Diamond said Mr. Zegarac, while deputy minister for infrastructure, was instrumental in brokering the deal that saw $1.2-billion in money from all three governments flow to flood-proof Toronto’s Port Lands, which is aimed at allowing them to be redeveloped.

In his 33 years with the Ontario public service, Mr. Zegarac spent 11 years as a deputy minister, and also worked in the ministries of Health, Education and the Environment. He was made deputy minister of Training, Colleges and Universities last June, where he oversaw a panel on commercializing innovation led by former Research in Motion (now BlackBerry) co-CEO Jim Balsillie, a major critic of the Sidewalk Labs project.

“From my time with the government of Ontario, I have a particular appreciation for the incredible work of Waterfront Toronto over the past almost two decades, as well as its potential,” Mr. Zegarac said in a statement.

He replaces interim CEO Michael Nobrega, a former president and CEO of the massive Ontario Municipal Employees Retirement System pension fund, who stepped in after the sudden departure of Will Fleissig last July. While Mr. Fleissig has said his resignation was a natural step after initiating the smart city project, several sources told The Globe and Mail this spring it was related to board dissatisfaction with his leadership over the process.

It was Mr. Fleissig, a U.S.-born developer and former Denver city planner, who spearheaded the project to bring in New York-based Sidewalk Labs, a unit of Google parent company Alphabet Inc. The aim was to build a prototype smart city on Toronto’s waterfront, on a 12-acre parcel of land known as Quayside. Sidewalk has floated a wide range of ideas, including using sensors to track pedestrian and car traffic, creating buildings out of timber and tunnelling underground pathways for robot garbage trucks.

But since it was unveiled by Prime Minister Justin Trudeau and then-Alphabet executive chairman Eric Schmidt in 2017, the project has become the subject of a sprawling public debate over data privacy, technology and the role a private-sector company should take in Toronto’s urban planning.

Critics have raised concerns about Sidewalk’s plans to develop across the the Port Lands beyond the initial 12-acre Quayside site, and an internal memo proposing the company take a share of property taxes in return for infrastructure investments. Last year, Ontario’s auditor-general issued a report criticizing the way Waterfront Toronto selected Sidewalk Labs, saying the firm received preferential treatment. 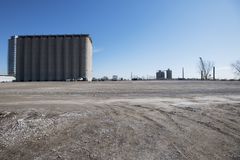 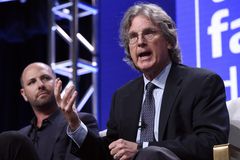 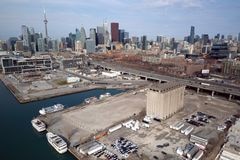 Follow Jeff Gray and Josh O’Kane on Twitter @jeffreybgray @joshokane
Report an error Editorial code of conduct
Due to technical reasons, we have temporarily removed commenting from our articles. We hope to have this fixed soon. Thank you for your patience. If you are looking to give feedback on our new site, please send it along to feedback@globeandmail.com. If you want to write a letter to the editor, please forward to letters@globeandmail.com.
Comments