A global charity has withdrawn its name from a list of non-profits that declared they were in compliance with a controversial policy from an Ontario school board blocking donations to organizations that opposed Catholic doctrine.

WE Charity had originally signed a declaration from the Halton Catholic District School Board that it would not provide “public support,” directly or indirectly, for certain activities, including abortion, euthanasia and contraception. The charity said early last week that it did not have projects supporting any of the activities outlined by the school district. It said that the questions asked by the school district were “not applicable” to the charity.

But on Saturday, in a subsequent statement on its website, WE Charity said that “after gathering further information and context,” it had formally withdrawn its name from the list of charities that signed the declaration. “The WE Charity believes the voices of those who choose to be in a school system educators, parents and students, (21,000 of whom have already signed a petition on this issue) – should be respected when choosing the causes and charities they support,” spokeswoman Angie Gurley said in an email on Tuesday. “WE Charity seeks to turn ‘students into leaders,’ and on this important issue, feels a strong solidarity with student leaders.”

Julia Joseph, a Grade 12 student who attends Christ the King Catholic Secondary School, a Halton Catholic school in Georgetown, Ont., has been among a group of students who have been vocal on the issue. “We should be able to donate to any charity that we see fit,” she said in an earlier interview. “I feel like we’ll be losing the ability and losing opportunities to get our students involved in the community and greater causes.”

WE is the latest charity to remove its name from the school board’s list. The United Way of Halton & Hamilton, which originally had signed the form, also removed its name last week, citing “interpretation variations.”

The Halton Catholic board passed a motion last month stating it would no longer provide or facilitate financial donations to non-profits or charities that publicly support, “either directly or indirectly, abortion, contraception, sterilization, euthanasia, or embryonic stem cell research.”

The broad nature of the motion has caught many off guard, and trustees have heard from several students and parents opposed to it. Education Minister Indira Naidoo-Harris also voiced her concerns to the board that proper consultations with parents, students and the community were not held on fundraising policy changes. She said the board assured her that it would be consulting the community.

The board approved a motion last week that the policy, which now includes a number of references to Catholic teachings, be sent out for feedback. More than 30 charities and non-profits had signed the form provided by the board promising not to support certain activities in order to continue receiving donations.

There was confusion among charities over what they had agreed to, with some saying they were only stating the board’s concerns did not apply to their organizations.

Halton Catholic removed the list of charities from its website last week. A spokeswoman said the board had heard from several charitable organizations on the list who were uncomfortable with the calls they were receiving from the public and the media.

Halton Catholic schools raised about $316,000 for charities in the past school year. 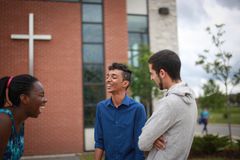 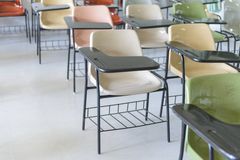 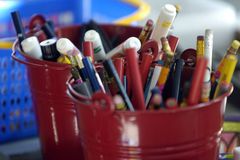