Toronto parents are confused as to why the Toronto District School Board has closed some schools where COVID-19 cases have been identified, but left others open that have reported as many or more cases.

Students at 12 public schools in the city are learning remotely this week after the TDSB announced new closures or extended existing ones late on Sunday and into the early part of this week.

At Marc Garneau Collegiate Institute, in the hard-hit Thorncliffe Park neighbourhood, 25 cases of COVID-19 among students have been reported and in-class learning has been halted. Several classes at R.H. McGregor Elementary School had already been moved online because of COVID-19 cases before Toronto Public Health (TPH) said on Sunday evening that the entire school would be closed. The school had seven confirmed cases.

But at Humewood Community School and Oakridge Junior Public School, both of which were closed this week, only two positive cases were reported at each school.

Some parents and at least one school trustee say the messaging on school closures has been inconsistent and schools are closed with very little explanation. The issue illustrates the need for clear guidelines around when to close schools not just in the city but across the country.

Shelley Laskin, a trustee at the TDSB whose ward includes Humewood school, said the lack of information from the public health authority as to the criteria for closing a school has made it difficult to explain to families why one school has closed with two cases, while others remain open with a higher case count.

“I understand that Toronto Public Health advises the board on cases and outbreaks they have been investigating and they are the ones advising that all students and staff be dismissed from the school to allow more time to continue their investigation. But,” Ms. Laskin said, “it is really difficult to respond to parent questions without more information with so few cases.”

Vinita Dubey, Toronto’s associate medical officer of health, said the decision to close schools was based on a number of factors, including the number of cases, where staff or students could have been infected with the virus, and how well the school was implementing protective measures.

“We continue to work on investigations and produce data within Toronto schools,” Dr. Dubey said in an e-mail statement, adding that an investigation would try to determine where an infection was acquired. She said that “out of an abundance of caution” and to help with testing before schools close for the holiday break, TPH has closed schools while it investigates.

TDSB spokesman Ryan Bird said the decision to close individual schools is based on the advice of TPH.

“We’re not given the detailed results of each investigation,” he said.

That’s troubling to parents like Rachel DiSaia, who has two children attending Nelson Mandela Park Public School in Regent Park. The school has four confirmed cases of COVID-19 – two students and two staff members – that has resulted in most of the school isolating at home, except for three classes, she said. The TDSB said late on Wednesday that her school would be closed as of Thursday morning.

Ms. DiSaia said that she also wants to better understand how decisions are being made to close some schools and keep others open.

“The lack of transparency in the decision making is making all parents and teachers lose trust,” Ms. DiSaia said earlier on Wednesday. “When I look at the other schools and they’re closing based on one or two cases or even six cases, I don’t understand what makes those situations different.”

Another parent, Jennifer Meneses, said one of her children, who attends Chester Elementary School, was home for one day this week after an occasional teacher had tested positive. However, the school was told by Toronto Public Health that students could return the next day.

Ms. Meneses worries about the inconsistent and unclear messaging from public health.

“We’re already dealing with heightened anxiety around the increase in numbers in Ontario and in Canada. The lack of information, the lack of communication and transparency is only furthering that anxiety for families and for the children, who don’t really know if they’re going to the classroom or not,” she said. 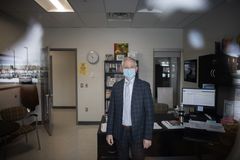 School shutdowns have put children up to eight months behind in reading, research indicates
November 26, 2020 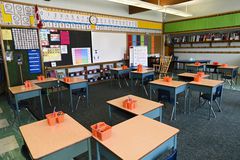