Canada’s anti-doping watchdogs are warning athletes that while cannabis use will become legal for the average Canadian as of next weekend, a toke remains taboo for them.

CBD is the short form for “cannabidiol,” a cannabis extract. But the Canadian Centre for Ethics in Sport (CCES) would rather athletes remember it as “Can Be Dangerous.”

The message is part of a CCES social-media campaign to alert athletes to potential pitfalls around the legalization of marijuana. The drug remains on the World Anti-Doping Agency’s (WADA) banned-substance list, and Paul Melia, the president and chief executive of the CCES, said that Canadian athletes need to remember that.

“No. 1, we wanted to make sure that athletes didn’t confuse [legalization] with whether or not marijuana was banned in competition in sport. It does remain banned,” Melia said.

The CCES, which conducts doping tests across Canadian sport on behalf of the Canadian Anti-Doping Program, doesn’t screen for cannabis in out-of-competition tests. The concern, however, is that an athlete might use cannabis in a recreational setting and the drug might still be in the athlete’s system and show up in an in-competition test.

Because marijuana is fat-soluble, it can be detected in the body weeks after it’s ingested, and depends on several factors including the quantity and method of consumption. And the time it takes to clear the system differs from person to person.

“The human biology/physiology and how an individual processes and eliminates marijuana from the system is quite individual, it is quite related to the metabolic rate or size, all kinds of issues, so we can’t even provide a rule of thumb, so [athletes] have to be very careful,” Melia said.

The CCES has lobbied for the removal of cannabis from WADA’s banned list. Other countries argue vehemently against removal.

“There are countries like the U.S. and Japan, to name two, who feel very strongly about marijuana being an illicit drug and a gateway drug to other drugs, and part of the war on drugs in the U.S., and they don’t want to send a message in any way, shape or form that it’s okay to use marijuana,” Melia said.

WADA has raised the reporting threshold of cannabis in an attempt to rule out recreational use. Labs used to report the presence of marijuana when it would found to be above 50 nanograms a millilitre. That’s been raised to 150 nng/ml.

The biggest area of cannabis concern, Melia said, is Canadian university sports – administered by U Sports – which produce the “vast majority” of marijuana anti-doping rule violations in Canada.

“The one other difference of those 15,000 student-athletes, some are Olympians or future Olympians, but some are regular student-athletes who barely made the team, it might be the pinnacle of their career and they might not take it nearly as seriously, and so they don’t follow rules as well, and they don’t read the e-mails as frequently,” he said. “So, that’s a challenge for us. But it’s a challenge that’s part and parcel of having 15,000 student athletes on the whole spectrum of the athlete experience.”

The CCES and U Sports have explored the idea of separate anti-doping regulations for university athletes that would remove screening for marijuana for that lower category of athletes – those who aren’t competing internationally.

“So we’re inquiring with the World Anti-Doping Agency, and we’re discussing with U Sport and colleges to see if they have an interest in that if it was possible,” Melia said. “And we don’t want to use our valuable resources doing results management on marijuana when we may just be picking up recreational marijuana use.”

The CCES annual report for 2016-17 listed just two anti-doping rule violations for cannabis by university or college athletes, and one by a non-collegiate judo athlete.

As part of the CCES’s “dangers of cannabis” blitz, the national organization has made its Cannabis Education Kit available to all athletes, including those in university and college. There’s also information on the CCES website.

Goldstein is confident U Sports athletes are well-educated about the dangers. Each of the 56 schools hold student-athlete orientation in the preseason, plus every freshman is required to complete a CCES e-learning module before they are permitted to compete.

“One of the interesting things with international anti-doping is [cannabis] is about to become legal here, and it’s still very very illegal in other places,” Goldstein said. “That’s a really complicated part of international doping is this is prison sentences in some parts of the world, and really really frowned upon and forbidden.

“And here obviously it’s going to be legal next week. And you have one system that works for it.” 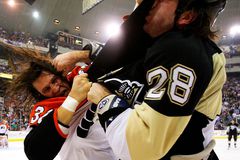 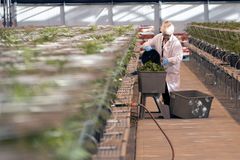 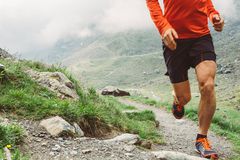