Shares of Aphria Inc. bounced back on Thursday, snapping a five-day sell-off after the company appointed a special committee to review a recent deal criticized by two short-sellers.

Shares of the cannabis producer soared 51 per cent, or $2.55, to $7.55 on Thursday, a reprieve for investors that had endured a beating after a widely read report raised questions about one of its recent deals and cut the company’s share price by more than half.

In a news release on Thursday, Aphria said its board had appointed a special committee of three independent directors to review the company’s acquisition of assets in Jamaica, Argentina and Colombia. The Leamington, Ont.-based cannabis company said the committee was struck to “confirm the company’s belief that it conformed with all company policies and generally accepted corporate governance practices.”

The short-sellers’ report – written by Gabriel Grego and Nate Anderson – said Aphria paid nearly $300-million in stock to buy assets in Jamaica, Argentina and Colombia that they allege have little value. The report also pointed out the assets had been bought just a few weeks earlier by another company for $202-million less, and before that were owned by firms with apparent ties to an early investor in Aphria.

Aphria this week called the allegations “false and defamatory” and provided details about its acquired assets, including that it employs 100 people in the three countries.

On Thursday, Mr. Anderson of Hindenburg Research took aim at Aphria again. He published another report about the company and its ties to a Florida cannabis firm called Liberty Health Sciences Inc.

One of the main claims involves Aphria chief executive Vic Neufeld, who is also Liberty’s chair.

In April, 2017, Aphria said it was pumping $25-million into Liberty to expand its business into the United States. Clarus Securities Inc. helped Liberty raise another $35-million. According to a regulatory form filed with the Canadian Securities Exchange, the money came from dozens of investors, including key Aphria personnel and what appears to be members of their families.

The regulatory filing suggests Mr. Neufeld owned shares of Liberty before the financings, Mr. Anderson noted. He raised the possibility that Mr. Neufeld invested ahead of Aphria and at a much lower price.

In a text message, Mr. Neufeld said the regulatory form was completed incorrectly and that an accurate version would be refiled on Thursday.

“I presently own 280,487 shares of Liberty, purchased at the financing round at $0.624 per share," Mr. Neufeld said in a text. "I have never purchased any other shares, and have never sold any Liberty shares. I have no other beneficial shares held by others. The Form 9 filing in July, 2017, incorrectly reported the share count, and is being remedied today.”

Ultimately, Aphria divested its Liberty shares to be onside with a listings policy set by the Toronto Stock Exchange more than a year ago. In the United States, cannabis is legal in some states, such as Florida, but illegal under federal law. Before offloading its position, Aphria owned 38 per cent of Liberty shares.

Aphria didn’t completely severe ties with its stake. It has a five-year option to get its position back should U.S. laws and the TSX policy change. 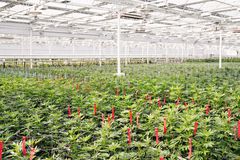 Aphria on the defensive as stock continues to slide Subscriber content
December 5, 2018 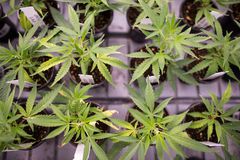