Aphria Inc. says the price it paid last summer for cannabis assets in Latin America was “acceptable,” but acknowledges certain unnamed directors of the company had “conflicts” they failed to disclose.

The Leamington, Ont.-based cannabis grower said Friday that a special committee had reviewed the December allegations of a pair of short-sellers, who called Aphria’s assets in Colombia, Jamaica and Argentina “largely worthless.” Aphria’s special committee said the purchase price was in line with similar acquisitions made by its competitors.

But the tone of the special committee’s review was softer than Aphria’s original response that the short report was “false and defamatory.” The company had said in December it would be “pursuing all available legal options” against the short-sellers. Friday’s report made no mention of any such action.

The language was also markedly different from that of Liberty Health Sciences Inc., an Aphria spinoff company, that said earlier this week that an independent investigation had found the short-sellers’ allegations about its company “materially inaccurate,” “presented in a misleading and inaccurate manner” and said they “should not be relied upon.”

Short-sellers Nathan Anderson and Gabriel Grego published a two-part series on Aphria in early December that knocked more than 50 per cent off the company’s share price. The shares have since fully recovered and exceeded the price they traded at before the short report, in part due to the prospects of an acquisition of Aphria after Green Growth Brands Inc., a smaller Ohio cannabis company, said it would try to take over Aphria.

Aphria stock was up more than 5 per cent in Friday trading.

Mr. Grego’s Quintessential Capital Management tweeted Friday that it felt the review “largely corroborated our findings that acquisition prices were high and that multiple insiders had undisclosed conflicts of interest.”

The crux of the report, “A Shell Game with a Cannabis Business on the Side,” was that Aphria had significantly overpaid for Latin American assets assembled by Andy DeFrancesco, a Toronto financier who had played a key role in founding Aphria. In 2017, Mr. DeFrancesco began assembling cannabis licences in Colombia, Jamaica and Argentina. In April, 2018, Scythian Biosciences Corp., a small public cannabis investment company that had Aphria CEO Vic Neufeld as its chairman, said it would pay $80-million for the Latin American assets.

Mr. Neufeld stepped down from Scythian, citing new Aphria corporate-governance policies that would “ensure best arm’s-length compliance,” and in July, Scythian said it would sell the Latin American assets to Aphria for $193-million in stock. After Aphria’s stock continued its summertime gains, the deal ultimately cost the company $297-million in shares.

The short-sellers, who visited the countries or had on-the-ground help, alleged they saw abandoned buildings and a small pharmacy.

Aphria said Friday its special committee, with the help of a law firm, accounting firm and financial adviser, determined the price it paid was “within an acceptable range as compared to similar acquisitions by competitors, be it near the top of the range of observable valuation metrics.”

Aphria added that it will follow accounting rules and assess the value of the Latin American assets on its balance sheet. A company must test at least annually whether its assets’ balance-sheet value is supported by the estimates of the future cash flows those assets will generate. If not, the company will have to take a charge to write down the assets’ value.

Mr. DeFrancesco told The Globe and Mail in December that critics fail to understand the challenge in obtaining cannabis licences.

Aphria provided no additional details of that matter. Mr. Neufeld and company co-founders Cole Cacciavillani and John Cervini were non-independent directors at the time. Aphria said Friday all three will leave the board March 1. Aphria said in January that Mr. Neufeld and Mr. Cacciavillani would exit their executive roles in the near future, but the company had said they’d stay on the board.

Aphria said Friday it will implement multiple policies “to position Aphria as a leader in corporate governance and management practices,” including conflict-of-interest disclosure and reliance on independent experts and advisers.

Irwin Simon, Aphria’s independent board chair, said in a statement “the constructive conclusion to this long process has strengthened the company. Though I was not part of Aphria at the time of the [Latin American] acquisition, the special committee’s findings give me and the board full confidence that it was executed at an acceptable value and is consistent with the company’s international growth strategy.” 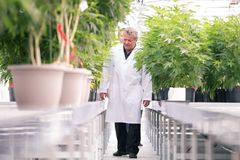 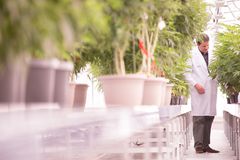