With recreational cannabis legalization a week away, organizations across the country are having to revisit workplace policies in an attempt to balance safety and employee choice in Canada’s newly permissive legal environment.

Despite widespread concerns, most organizations are in a good position to manage this change, according to labour lawyers.

“We’re not dealing with anything new in the workplace,” said Jacqueline J. Luksha, an associate at Toronto employment law firm Hicks Morley, at a cannabis business event hosted by The Globe and Mail on Tuesday.

“Employers have an obligation to provide a safe work environment, there’s an obligation for employees to show up to work unimpaired, and those things haven’t changed,” said Ms. Luksha.

For most companies that are not engaged in safety-sensitive work, an update to existing drug policies, which already cover things such as alcohol consumption, combined with an employee-education program may be enough.

That’s the approach Cineplex Inc. is taking. Rather than developing cannabis-specific policies for its work force, the movie-theatre chain is updating its general policies surrounding employee intoxication.

"Impairment is really what you care about,” said Michael Paris, director, legal counsel at Cineplex. “And you can’t be substance specific, you need to have a policy that’s adaptable to different substances.”

Questions about cannabis in the workplace are complicated by the fact that cannabis also has a medicinal use. But it should be clear to employers whether their employees have a medical prescription, and the rules around reasonable accommodation for disabilities and prescription-drug use are well-established, according to Lorenzo Lisi, a partner with the Toronto law firm Aird & Berlis LLP.

“Don’t come to the office impaired, disclose if you have an addiction, disclose if you’re using impairing medication. If you don’t do those things, potentially you’re going to have some issues in the workplace; we’ll accommodate everything up to the point of undue hardship,” Mr. Lisi said.

The companies that are most concerned about widespread legal cannabis use are those involved in safety-sensitive occupations such as truck driving, construction and aviation.

On Tuesday, for instance, WestJet Airlines Ltd. said it would follow Air Canada in banning marijuana use for staff in certain safety-sensitive positions even when they aren’t at work. The policy – which affects flight and cabin crew members, flight dispatchers, aircraft-maintenance engineers and station attendants – is more robust than the company’s alcohol policy, which only prevents staff members from drinking within 12 hours of coming on duty.

In situations such as this, employers may be inclined to introduce random drug testing in the hope of deterring use.

That’s what the Toronto Transit Commission did when it began random screening for a range of drugs. According to Megan MacRae, the TTC’s executive director of human resources, the transit commission has seen the number of positive tests drop from 3 per cent, when it started in May, 2017, to less than 2 per cent in recent months.

Companies shouldn’t, however, jump directly to random testing, said Nancy Carnide, a post-doctoral fellow at the Institute for Work & Health in Toronto. There’s little evidence that random testing reduces the number of workplace accidents. And the tests themselves don’t actually tell you much about the state of employee intoxication.

"If you have a positive test, that could indicate recency of use. But it does not necessarily mean the person was impaired,” Dr. Carnide said.

“Some people who would use cannabis more regularly … may have higher levels of [tetrahydrocannabinol] but they’re not necessarily impaired. At the same time, you may have someone who may use it very infrequently … and they have lower THC levels, but are actually quite influenced and impaired by it,” she said.

In light of this, the best thing for employers in safety-sensitive occupations is to have are clear policies spelling out expectations and potential consequences, combined with continuing education efforts, she said.

“Part of the good side effect of cannabis being legalized, is we’re talking about impairment more generally in the workplace,” Hicks Morley’s Ms. Luksha said. “We’re maybe arming our managers and supervisors with more information in order to address those issues, in a way that actually gets to the safety concerns, as opposed to saying, ‘We’re going to manage the moral decisions of our employees.’” 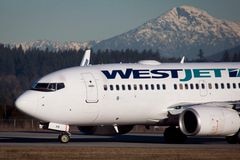 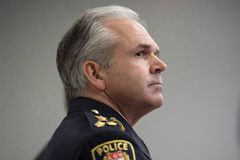