Canadians who have been convicted of the simple possession of cannabis will have to wait until next year to obtain a pardon, as the federal legislation to create a new amnesty process is not yet ready to be tabled.

At a news conference on Wednesday, Public Safety Minister Ralph Goodale said the government wants to introduce the legislation before the end of the year. He said he is counting on the co-operation of the opposition – especially the NDP, which has called for an amnesty – for Parliament to adopt the legislation and to launch the new process as quickly as possible.

Mr. Goodale said the application to obtain a pardon will be free of charge, adding that applicants will not have to wait for a set period of time after they have finished serving their sentence. However, he said the government will not expunge all conviction records for the possession of less than 30 grams of cannabis, as it did in the case of men who were convicted of engaging in homosexual acts before 1969.

“We have utilized the tool of expungement in cases where there is a profound historical injustice that needed to be corrected,” Mr. Goodale said. “The laws with respect to cannabis that have existed historically, we believe, are out of step with current mores and views in Canada, but are not of the same nature as the historic, social injustice that was imposed in relation to the LGBTQ2 community.”

Still, Prime Minister Justin Trudeau acknowledged that various communities suffered from a discriminatory enforcement of the law under prohibition.

“There is a disproportionate representation of young people from minorities, racialized communities who are saddled with criminal convictions for simple possession as a significant further challenge to a success in the job market. This is going to make a real difference to people who’ve been unfairly impacted by the previous regime,” he said.

NDP Leader Jagmeet Singh said the fact that black or Indigenous Canadians were disproportionately affected by the criminalization of cannabis was an argument in favour of the expungement of all criminal records for simple possession.

Mr. Singh added that a pardon did not automatically allow someone, who once had a record, to travel freely to a country such as the United States, as American authorities don’t recognize foreign pardons. On that issue, Mr. Goodale was unable to offer guarantees that Canadians who cross into the United States will not face any problems at the border even after they obtain a pardon for cannabis possession.

“The Americans determine their own processes and procedures,” he said. “Obviously, we will be watching closely to ensure the experience at the border is a good one. But the fact of the matter is that they can establish their own rules.”

According to activist group Cannabis Amnesty, more than 500,000 Canadians have a criminal record related to infractions that have now been removed from the Criminal Code with the legalization of the drug on Wednesday.

Annamaria Enenajor, a Toronto-based lawyer directing the national Cannabis Amnesty campaign, said automatically expunging the records for those convicted of low-level cannabis crimes is a far better policy than putting the onus on individuals to apply for such relief.

Editor’s note: The federal government will not proactively expunge the criminal records of men who were convicted of engaging in homosexual acts before 1969. Instead, those with such a criminal record must file an application for the expungement. Incorrect information appeared in an earlier version of this story.

Canadians convicted of simple cannabis possession will soon be able to apply for a pardon
October 17, 2018 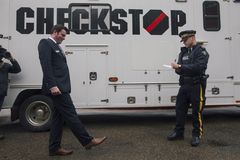 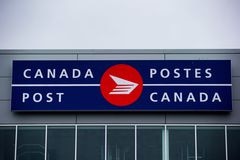 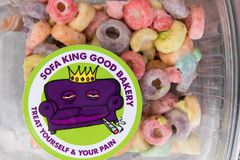