Ontario cannabis producer Beleave Inc. has admitted to participating in a scam that saw the company shuffle $7.5-million into the pockets of “consultants” who are at the heart of the BridgeMark Group penny stock scandal, currently under investigation in British Columbia.

The details of the scheme, outlined as part of a settlement agreement between Beleave and the BCSC, offer a glimpse into a sprawling market-manipulation investigation under way in British Columbia.

In November, the BCSC announced that it was investigating 25 people and 26 firms – collectively referred to as the BridgeMark Group, for their association with BridgeMark Financial Corp. – for allegedly participating in a “scheme that is abusive to the capital markets.”

The scheme, according to the BCSC, revolved around 11 cannabis, cryptocurrency, mining and alternative-energy companies listed on the Canadian Securities Exchange (CSE) that raised $51-million from members of BridgeMark Group using “consultant exemptions.” The BCSC alleges that these companies “paid most of the private placement funds back … and kept very little of the money raised,” while members of the BridgeMark Group sold the securities “in the market, often at prices below the private-placement acquisition cost.”

In November, the BCSC issued temporary orders preventing members of BridgeMark Group from trading securities. These orders were extended on May 29, and the BCSC says the investigation is “large, complex and ongoing.”

The agreement signed with Beleave this week is the first settlement to emerge from the investigation. As part of the agreement, the BCSC decided not to take further action against the company, citing corrective actions Beleave has taken since November, including overhauling its board and management team, introducing dedicated audit and governance committees, and co-operating with investigators.

“Although Beleave’s misconduct caused harm to investors and the capital markets, in light of all of the circumstances – including Beleave’s response to the allegations, its undertaking to correct its public disclosure, and the potential impact of financial orders on existing shareholders – it is not in the public interest for the Executive Director to issue orders … against Beleave,” the BCSC wrote in the settlement agreement.

According to Beleave, which issued its own news release on Thursday acknowledging wrongdoing, the company is taking steps to recover the “consulting fees” it paid to members of the BridgeMark Group. It also says that it’s trying to recover some $5-million worth of shares issued in connection with the acquisition of an e-commerce platform in Saskatchewan that it bought from members of the BridgeMark Group in November.

As part of a broader attempt to “strengthen internal controls and management,” the company said it reviewed and cancelled a number of contracts, replaced its auditor, MNP LLP, and even introduced a “dual signing protocol” for any payments above $10,000.

Over the past few months, the BCSC has taken a more active role in regulating cannabis stocks. In April, the commission began overseeing the CSE, which was previously overseen only by the Ontario Securities Commission. The CSE has become the go-to place for cannabis startups, as well as cannabis firms with exposure to the United States. 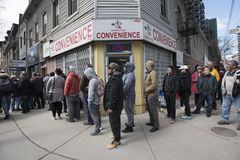 Canopy Growth pushes into Cannabis beauty and wellness with $73.8-million This Works buy
Subscriber content
May 22, 2019 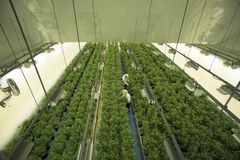 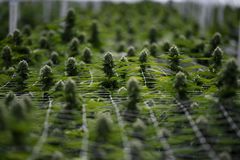