As some 60,000 people flooded the grounds of Vancouver’s Sunset Beach and plumes of marijuana smoke rose from the crowd, John Coupar wandered the periphery of the unsanctioned 4/20 event and surveyed the assembly with disapproval.

The Park Board commissioner snapped a photo of a sign affixed to police surveillance cameras and uploaded it to Twitter: “All suspicious activity is reported to the Vancouver Police.”

The city’s first 4/20 event since Canada’s legalization of recreational cannabis drew a record turnout on Saturday despite more pushback than usual, including a request from Mr. Coupar that organizers cancel a headlining performance by hip-hop group Cypress Hill. They didn’t.

To opponents, the 25th annual event has grown into a full-fledged festival and trade show that is shirking the proper permitting processes, and full costs, by continuing to declare itself a protest.

Organizers counter that they pay tens of thousands of dollars every year, covering the costs of everything but policing, including sanitation, park maintenance and private security. And, they say they have, in fact, applied for a permit and been denied on the grounds it is a cannabis event – just one example that there is still much to protest.

Saturday’s event saw up to a 50-per-cent increase in turnout from the previous year, police estimate. More than 400 vendors hawked a variety of items that ran the gamut of legality, including snacks and apparel (legal), prerolled joints and live plants (legal only if they come from a licensed producer) and edibles (illegal until the fall).

Cypress Hill, which just days earlier became the first Latino hip-hop group to receive a star on the Hollywood Walk of Fame, performed a full set and is credited with helping boost attendance, much to Mr. Coupar’s chagrin.

“They didn’t want us to come touch this stage because they said y’all didn’t know how to act,” frontman B-Real told a crowd that stretched the length of the beach and into the distance. They were wrong, he said.

Cannabis activist and event spokeswoman Jodie Emery called the event “the most epic, peaceful, beautiful 4/20 in the history of the world.”

Vancouver police say there were no major incidents. Officers assisted BC Emergency Health Services with more than 14 medical emergencies, and traffic enforcement issued more than 30 tickets and investigated three people for impaired driving.

St. Paul’s Hospital in downtown Vancouver saw 42 patients who said they had been at the event, with about three-quarters experiencing adverse effects related to consuming edibles. None were minors.

Vancouver City councillor Melissa De Genova said the issue with securing permitting is not cannabis, but smoking, which has been prohibited in city parks and beaches since 2011.

Asked how 4/20 organizers might go about getting a permit for a large-scale cannabis event, the councillor suggested they celebrate with pot brownies (made in a commercial kitchen with health-authority oversight).

“Everybody could have a brownie at 4/20,” Ms. De Genova said. “That might seem lame, but that’s what you can do in our parks.”

Ms. Emery laughed at the proposal and noted that edibles are stronger, and therefore riskier, for novice users.

“Other public events get bylaw exemptions to be able to drink alcohol on the beach and in the parks,” she said, “so 4/20 Vancouver should be granted a bylaw exemption, as well.”

Ms. De Genova plans to table a motion directing staff to review options for legal actions against not only 4/20 organizers to recoup costs, but also companies, contractors and other groups who participate in the unpermitted event.

“The motion looks to recover all costs, instead of allowing 4/20 Vancouver to just pay the costs that they choose to pay,” she said.

Opinion
Contrary to critics’ claims, legalization of cannabis has not changed the country Subscriber content
April 21, 2019 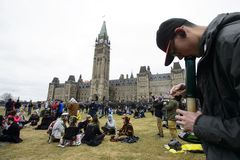 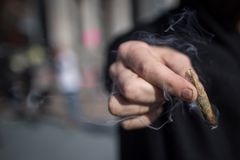