Recreational cannabis has now become legal, but its arrival has triggered a host of restrictions on what has been a relative free-for-all in pot advertising. As the law takes effect, some observers suggest those limits could eventually be tested in the courts.

In the lead-up to legalization, recreational cannabis producers have been racing against the clock – and against each other – to build recognition among consumers. Whether it’s sponsoring events at film festivals and fashion shows, lining major highways with billboards or holding parties, brands have been jostling for a place in this fledgling industry.

But on Wednesday, that marketing landscape will change.

Once the law comes into force, so do hefty restrictions on cannabis companies’ ability to advertise. They cannot use endorsements – from celebrities or otherwise – or offer up customer testimonials or product reviews. They cannot advertise cannabis as part of an attractive lifestyle. Anything that could be appealing to young people, or visible in media that could reach young people, is out. (That means most traditional advertising, including billboards and TV commercials.)

The right to “freedom of commercial expression” is included in the Canadian Charter of Rights and Freedoms. It’s a provision that industries − from tobacco to toys − have used in the past to push back against restrictions on marketing.

“Given the number of companies involved and the amount of money at stake, I think it’s quite likely that there will be some kind of charter challenge to these advertising rules,” said Michael Kilby, a partner at law firm Stikeman Elliott. And while few in the industry expect that something such as this could happen in the early days of legalization, many also expect that as the industry evolves, advertising restrictions will as well. If that does not happen, the regulations could face a legal challenge.

“This industry started in the courts, it wouldn’t have happened if it hadn’t been for the courts. So absolutely, yes, I think there’s a good possibility that will happen,” said Amy Wasserman, vice-president of brand marketing and innovation at Canopy Growth Corp., although she added that she is comfortable with the industry starting from a more conservative position. “There will be a constant evolution. ... Alcohol didn’t come out of Prohibition guns blazing, showing people on beaches and at parties having the time of their life."

Challenging advertising restrictions under the right to freedom of expression is not always successful − since the Charter also allows for limits on that freedom as long as they are reasonable and justified in a free and democratic society.

For example, in 1989, the Supreme Court of Canada acknowledged that Irwin Toy Ltd., a Canadian toy manufacturer and distributor, had its right to freedom of expression limited by Quebec’s prohibition on commercial advertising to children under the age of 13. However, the Supreme Court also found that this prohibition was reasonable and justified, in light of the intent expressed in Quebec’s Consumer Protection Act to protect children who are vulnerable to commercial manipulation.

This prohibition met a legal test that requires such limits on Charter rights to have a sufficiently “pressing and substantial objective.” Such limits also must satisfy three criteria for being considered “proportional,” including that the benefits have to outweigh the harmful effects of constraining those rights; that the restriction has to have a “rational connection” to its objective; and that it will only “minimally impair” the Charter right.

The Supreme Court of Canada has also upheld the constitutionality of some limits on tobacco advertising in Canada, ruling that they are reasonable and justified to address the harms of smoking.

“If you ask me when I think it would be likely that [litigation] will happen, it would be in a couple years’ time if we don’t see a relaxing of these prohibitions once the government has rolled out an education campaign,” said Bill Hearn, a regulatory lawyer with Fogler, Rubinoff LLP, who focuses on marketing and advertising law.

Josh Lyon, vice-president of marketing for Tokyo Smoke owner Hiku Brands, which is owned by Canopy, said he wouldn’t be surprised to see a pushback in the courts at some point. However, he added that many in the industry expect restrictions to remain until there is evidence that youth consumption is not rising as a result of legalization, that people are consuming responsibly and that the legal market is leading to a reduction in illicit sales.

If that happens, “I think the government will be open to conversations about how we can further push this industry forward,” he said. 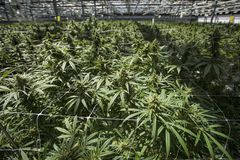 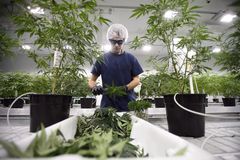 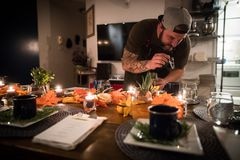 Follow Susan Krashinsky Robertson and Christina Pellegrini on Twitter @susinsky @chris_pelle
Report an error Editorial code of conduct
Due to technical reasons, we have temporarily removed commenting from our articles. We hope to have this fixed soon. Thank you for your patience. If you are looking to give feedback on our new site, please send it along to feedback@globeandmail.com. If you want to write a letter to the editor, please forward to letters@globeandmail.com.
Comments