As Canada approaches its first year with legalized cannabis, scientists across the country are still studying the drug without a consensus on what constitutes a standard dose.

That is problematic from a research perspective because results from one study are very difficult to test in another trial without an agreed-upon dose that remains consistent across different experiments, according to Stephanie Lake, a scientist with the BC Centre on Substance Use, an organization funded by the provincial government to study drugs. Plus, the reaction to one gram of cannabis with 10-per-cent THC – the plant’s most prominent psychoactive compound – can be very different depending on whether it is smoked in a joint, vaped, or ingested in an oil.

“Often with drugs we’re working with one molecule, but with cannabis it’s a product with over 100 different components to it,” Dr. Lake said.

The dosage deficit underscores Canada’s disorganized approach so far to studying the complex substance and how many data gaps still exist after Canada’s landmark decision to end nearly a century of marijuana prohibition, Dr. Lake said.

To help Ottawa better track how legalization affects various aspects of society in the coming years, Dr. Lake and nine of Canada’s other most prominent cannabis scientists have produced a road map for monitoring 28 tangible data points. They involve everything from how many pregnant and breastfeeding mothers are regularly using the drug; to whether respiratory illnesses like chronic obstructive pulmonary disorder (COPD) increase; to the prevalence of psychotic incidents and disorders across the general population as well as the riskier youth demographic.

The priority areas, published in last month’s edition of the peer-reviewed journal Drug and Alcohol Review, underscore the need to track changes in these five broad themes: cardiovascular and respiratory health, public safety, trends in the use of cannabis and other drugs and mental health and cognition.

Dr. Lake said the group first began identifying these priority areas in 2016 by reviewing the existing research and debating the cannabis issues that were top of mind for many Canadians. She said a major challenge to evaluating whether cannabis can help wean people off deadly opioids is the patchwork way in which these overdose deaths are collected by the provinces, some of which are months behind current statistics.

“This is a very provincial system that we use,” she said.

Another important question the public wants answered is: Does cannabis cause schizophrenia?

“The link with schizophrenia specifically has been really kind of polarized and there certainly is some scientific basis to believe that there could be a link there,” Dr. Lake said. “But we don’t understand the causal association yet, because it’s really difficult to establish that."

To discern the role legalization may have had on this aspect of mental health, the team recommended tracking the incidence and prevalence of psychosis and psychotic disorders as well as depression, anxiety and attempted and completed suicides across all demographics, as well as riskier cohorts such as young males.

The Liberal federal government has resisted calls for a national body to organize and prioritize all cannabis research. Instead, it has channelled any government-sponsored studies through the country’s three research councils and the Canadian Centre on Substance Use and Addiction.

Andre Gagnon, a spokesperson for Health Canada, said the federal department recognizes the importance of cannabis research, such as the development of a universal dosing standard, and is committed to promoting and enabling this science. In an e-mailed statement, he said this is underscored by Health Canada recently fixing a backlog of applicants for cannabis research licences, with 171 groups now able to study the drug in various ways after just 71 such licences had been issued by the middle of the summer.

In response to a 2017 call for more independent cannabis research, the Canadian Institutes of Health Research (CIHR) council awarded 14 grants of up to $100,000 for year-long projects studying a host of cannabis issues. 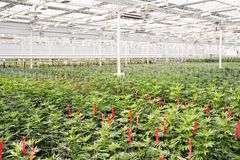 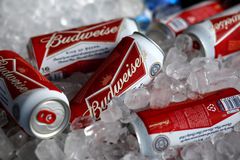 Quebec to appeal court ruling that allows cannabis plants to be grown at home
October 10, 2019 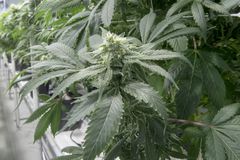