What comes first for teens: Cannabis use or bad behaviour?

That is the question a team led by researchers at the University of Pennsylvania set out to answer by tracking a group of more than 350 students as they grew up in Philadelphia over eight years.

Their study, published recently in the journal Addiction, found that using marijuana did not lead teens down a dangerous path toward delinquent activities, such as ditching class and stealing. Instead, the data showed the students who already had such conduct issues gravitated toward trying cannabis and, ultimately, developing problems with the drug. The academics suggest these troubled teens may be self-medicating with cannabis and that they need to be shown more support and healthier ways to cope with their issues.

“At least in regards to behaviour problem outcomes, [marijuana use] is really a consequence of them, not so much a cause,” said study co-author Dan Romer, research director of the university’s Annenberg Public Policy Center.

“We think people should know this is the old gateway theory … that if you use an illegal drug like marijuana it’s going to put you into a path of increased drug use, other kinds of drugs, undesirable peer relationships and all kinds of negative consequences.”

“We’re just saying in the USA, at least in a big city like Philly, we don’t see that today.”

Beginning in 2004, the researchers interviewed 364 children aged 10 to 12 years old each year for six years. Then two years later, when they were on the cusp of adulthood in 2012, they participated in a final interview. The researchers verified the respondents' self-reported levels of drug use through urine tests.

The analysis also found that the more the students reported hanging out with others who used cannabis, the more they used themselves and ran into addiction problems with the drug.

At the exit interview, just over half the respondents (57.6 per cent) had recently drank alcohol, a third had been using cannabis and just under a quarter reported they were smoking cigarettes.

“Young people should be made aware that continued [cannabis] use could potentially lead to a mild form of a substance use disorder and that’s not a good thing,” he said. “When you’re 18 or 19 you don’t want to be walking around craving marijuana and having it interfere with school, work or jobs or whatever, so parents and adolescents need to be made aware of that.”

Darren Courtney, a staff psychiatrist at the country’s largest mental-health centre in Toronto, said cannabis is the most common drug addiction for approximately half the 150-odd young people treated annually at his clinic for youth addictions and concurrent disorders. He said clinicians have known for quite some time that those addicted to various substances also often have conduct problems, such as stealing, lying and aggressive behaviours.

“What the study brings out is the timeline of how that progresses, namely that conduct problems seem to be evident prior to cannabis use disorder rather than the other way around,” said Dr. Courtney, who works at the Centre for Addiction and Mental Health (CAMH). “It’s tempting to say one causes the other, that being said, we can’t fully conclude that from the study.”

Roughly half the teens and young adults who visit his clinic for treatment answer with cannabis when asked which behaviours or substances they want to target, he said. Benzodiazepines, such as Xanax, and cocaine and alcohol are other drugs that cause problems, although at lower rates, he said. (CAMH runs a separate clinic for nicotine dependence.)

The most common reasons his clients tell him they take the drug are to relieve distress, anxiety or anger as well as to feel pleasure.

He said it’s still too early to say how legalized cannabis will influence how and why young Canadians use the drug.

“I do think it’s really important that we really try to peel apart what’s leading to the addictive use of the substance,” Dr. Courtney said. “It’s much more complex than just this one study.”

Rebecca Haines-Saah, an assistant health sciences professor at the University of Calgary, said data from American states that have legalized drugs show the policy shift has not led to “massive spikes in prevalence” among younger people. But parents should still do their best to help their children delay using the drug as long as possible, she said, as those who start the earliest are more likely to develop substance use disorders.

Explainer
What Canada’s doctors are concerned about with marijuana legalization
November 28, 2018 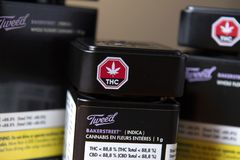 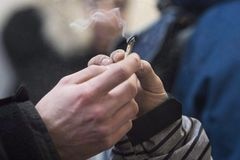 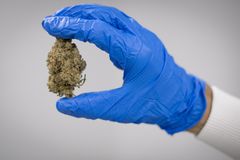