In the year leading up to legalization, there was a significant uptick in the use of cannabis, notably among millennials and people aged 50 and older, a long-running survey has found.

The survey by the Centre for Mental Health and Addiction (CAMH) — called the Monitor — shows the proportion of Ontario adults reporting previous-year marijuana use rose from 15.7 per cent in 2016 to 19.4 per cent in 2017, representing more than two million people.

That 2017 figure also marks a record high following a steady year-over-year rise in use of the previously illicit drug, which more than doubled from almost nine per cent 20 years ago.

“The biggest increase seemed to be among young adults 18 to 29, over the long term,” said Robert Mann, a senior scientist at CAMH. “So in 1996, 18.3 per cent of people in that age group reported using cannabis in the last year.

Quinn Halman of Toronto is among those who found herself smoking marijuana more regularly after taking her first tokes at about age 15.

“At university, it was just that it sort of amplified,” said the 21-year-old, a fourth-year cultural studies major at McGill University in Montreal. “January of last year is when I really began to use it habitually every night pretty much.”

The straight-A student said smoking pot helps her sleep, eases anxiety and also helps her better focus on her studies.

“My academic performance has never been better,” said Halman. “I see it as something that keeps me disciplined. I know I have to get every single thing done in order for me to smoke.”

Young adults like Halman aren’t the only demographic demonstrating an upswing in cannabis use. The survey found there’s been an aging of marijuana aficionados over the last two decades: between 1996 and 2017, the percentage of respondents aged 50 and older who reported previous-year use soared from two per cent to 29 per cent.

So why is this happening?

“The nature of the data are such that we really can’t identify causes for any of these trends,” said Mann.

However, he speculated that for those 50 and older, in particular, there has been a growing interest in cannabis for medicinal purposes, such as pain control.

The Monitor survey of more than 2,800 adults aged 18 and older found that along with the rising number of cannabis users, there was also a concurrent increase in people driving high.

CAMH found that 2.6 per cent of respondents admitted to getting behind the wheel after toking or vaping marijuana, double the 1.3 per cent from five years earlier.

“It’s not a huge percentage, but it is a significant increase and it does suggest there are quite a few drivers on the road who drive under the influence of cannabis — about 250,000 roughly in Ontario in the past year,” Mann said.

At the same time, the proportion of people who drive after downing alcoholic drinks has dropped substantially, falling to just over five per cent in 2017 from 13 per cent in 1996 — likely the result of strong public health messaging aimed at discouraging the potentially deadly practice as well as ramped-up fines for convictions.

So given the upward trajectory of both cannabis use and drug-impaired driving pre-legalization, what might that portend for the future? Will the widespread availability of legal weed mean the numbers could spiral ever higher?

“It’s certainly something that we’re interested in tracking,” Mann said. “I think experiences in other jurisdictions suggest that we may not necessarily see any huge changes with legalization.

“And, in fact, the goal of legalization was really not to increase the use of cannabis, but to control and reduce the hazardous use of cannabis, get public health control over cannabis use.

“Because as we’ve seen, even though cannabis has been illegal, the use has increased significantly over the past decade or so.”

The CAMH Monitor is a collection of survey data that has been published every two years for almost four decades, allowing researchers to track long-term trends in the use of alcohol, drugs and tobacco, as well as identifying problematic behaviours related to mental health within the province’s population.

When it comes to taking the pulse of Ontarians’ mental health status, the 2017 iteration identified some disturbing trends.

“In this report, we saw for example that the proportion of those 18 and over who are reporting fair or poor mental health increased from about seven per cent to 10.1 per cent between 2016 and 2017,” said Monitor co-author Hayley Hamilton, a senior scientist at CAMH.

The proportion of respondents who identified the need to take frequent mental distress days grew, from seven per cent to close to 12 per cent, she said, adding that there was also a jump in those reporting thoughts of suicide in the previous 12 months, a figure that roughly doubled from 2.2 per cent in 2016 to four per cent a year later.

“These numbers are concerning and are consistent with what we are seeing at the CAMH ER, where visits increased by 70 per cent between 2012 and 2017,” she said.

Respondents aged 18 to 29, a range that covers some within the so-called Gen Z and millennial generations, were more likely to report psychological distress, as well as being more likely to engage in problematic use of alcohol, cannabis and opioids for recreational purposes.

“These multiple indicators of problematic and high-risk behaviours occur at a time when these young people are charting their lives, finding careers and starting families,” said CAMH psychiatrist Dr. Sanjeev Sockalingam.

“These data point to the high levels of stress during this stage in life and the importance of recognizing these risks and responding to them in a timely manner.”

More than half of Ontario municipalities opt in on cannabis shops
Subscriber content
January 22, 2019 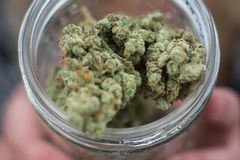 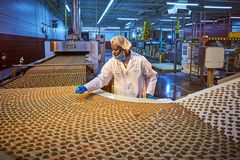