The fate of CannTrust Holdings Inc. is now in the hands of Health Canada, which has the power to suspend CannTrust’s licence or let it off with a lighter reprimand, after the firing of its chief executive and the forced resignation of its chairman.

On Thursday evening, the cannabis grower announced that it had terminated CEO Peter Aceto “with cause” after “new information” was revealed to the special committee of CannTrust’s board, which is conducting an internal investigation. The company did not provide additional details about the firing.

Eric Paul, the company’s chairman, former CEO and largest shareholder, was also asked to resign from the board.

The price of CannTrust shares jumped 16.7 per cent on Friday, on the news that CannTrust’s board had taken its first significant step to respond to a scandal that has roiled the company for three weeks. CannTrust shares have declined 53 per cent in value since July 8.

The departures come after Health Canada inspectors found that CannTrust had grown thousands of kilograms of cannabis worth tens of millions of dollars in unlicensed rooms in its greenhouse in Pelham, Ont., between October, 2018, and March of this year.

In a statement on Thursday, CannTrust said it made “a voluntary disclosure to Health Canada,” regarding the new information obtained by the committee, and that it is co-operating with federal regulators. Board member Robert Marcovitch, the former CEO of sporting goods company K2 Sports, has taken on the position of interim CEO at CannTrust.

Health Canada did not respond to a request for comment.

“The biggest uncertainty still remains whether or not the company is going to retain its licence or whether the licence will be suspended and for how long,” said Graeme Kreindler, an analyst with Eight Capital, in an interview. “That’s really the engine of the company that allows it to sell products and generate revenue and profit, so that still remains the biggest question.”

Earlier this week, The Globe and Mail reported on internal company e-mails that showed both Mr. Paul and Mr. Aceto were made aware of breaches of Health Canada regulations at the Pelham growing facility in November, 2018, seven months before the regulator uncovered the illegal practice.

One CannTrust employee, to whom The Globe has granted anonymity because they were not authorized to speak to the media, said that the company was under immense pressure in the fall to expand its production numbers in order to improve financial results and boost CannTrust’s stock price. This was happening, the employee said, at the same time Health Canada was taking longer to approve licences for new rooms.

Another employee, to whom The Globe has also granted anonymity, said that Health Canada inspectors have been visiting CannTrust’s Pelham facility frequently over the past several weeks.

The idea that senior executives were made aware of unlicensed rooms in November puts CannTrust’s regulatory standing in greater jeopardy, said Canaccord Genuity analyst Derek Dley. “We believe it is now more likely than not that Health Canada will suspend CannTrust’s licence,” Mr. Dley said in a research note published on Friday.

Any notion of the company being acquired by a rival cannabis grower is also in doubt given the uncertainty of Health Canada’s reaction, he said.

“Given that the company may no longer be able to sell its products and is not likely to be taken out by a competitor, we have reduced our target to our estimated value of the cash and physical assets per share,” Mr. Dley said. He reduced his target price to $2.50 a share from $5.

Jason Zandberg, an analyst with PI Financial Corp., was more optimistic about the possibility of a takeover bid, but acknowledged that it would be dependent on the company retaining its licence.

“I’m sure that anyone that’s interested in acquiring them would have to sit down with Health Canada and find out what is the likelihood that, under new management, they could continue to operate,” Mr. Zandberg said in an interview.

If the licencing issue can be resolved, CannTrust "would be the most attractive asset [in Canada], given where the stock profile has gone, and the largest production profile that would be in play,” he said.

CannTrust, which has halted all sales while it deals with its predicament, faces other risks as well, including legal and regulatory ones related to its securities. In its statement on Thursday, CannTrust said it had yet to determine the effect of the situation on its finances, and it is not yet known whether any previous financial results might have to be restated.

To date, Health Canada has suspended two cannabis licences: Ascent Industries Corp. and Bonify Medical Cannabis, both for buying from or selling into the black market.

In the case of Ascent, after Health Canada announced its intention to suspend the company’s licence, a number of other licensed producers began bidding for Ascent’s cultivation assets in British Columbia. After several months, and multiple bidding rounds, the assets were sold to a private company with no previous experience in the cannabis industry. 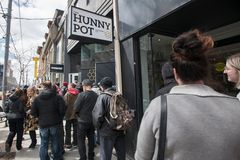 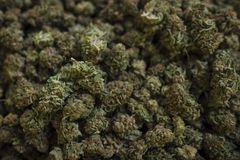