The man behind the counter of a vape shop in Vancouver’s popular Granville Strip entertainment district answered a confident “Yes,” when asked if the bottle of CBD liquid was legal.

In nearby New Westminster, Lia Hood said she was surprised when The Globe and Mail notified her that her Good Omen gift shop was likely falling afoul of federal drug laws for selling a locally manufactured line of teas infused with CBD, a chemical found in cannabis.

The operators of a high-end hipster barbershop in Toronto’s Leslieville neighbourhood were equally unaware that the standalone kiosks offering “soothing serum” and “intensive cream” were made with illegal CBD, popular shorthand for the compound cannabidiol.

And up until last fall, cat and dog owners worried about their anxious pets could walk into the downtown Toronto Pet Valu franchise and find remedies such as homeopathic drops, calming compression bibs and a hemp-based tincture loaded with the cannabis compound.

CBD, which can be derived from hemp or marijuana, has been popping up over the past few years in everything from mineral water to vape pen cartridges amid intense hype – and some emerging scientific evidence – that it is a wonder drug able to help combat a range of ailments from joint pain, insomnia and seizures to anxiety.

There’s one problem: CBD is strictly regulated, just like cannabis. Only licensed producers may make it, and only registered retailers may sell the products. The legalization of marijuana on Oct. 17 did not change anything.

However, many consumers and even merchants believe it is legal because, as proponents of CBD point out, it does not cause intoxication, unlike the other well-known compound in cannabis, tetrahydrocannabinol (THC).

CBD compound is typically extracted from the leaves and flowering buds of marijuana or hemp plants – both technically classified as cannabis by biologists. The hemp oil commonly found in grocery stores is pressed legally from the plant’s seeds, which contain negligible amounts of CBD.

However, producers of beverages and natural health products that contain even small amounts of CBD derive the compound from other parts of the plant, which is illegal outside of Health Canada’s medical and recreational marijuana system, Ms. Fraser said.

Consumers of unregulated CBD products have no idea whether they are tested for quality or if they even contain the compound. And while regulated products do not have a perfect track record for quality and consistency, standards have been established that companies must meet.

Strains of cannabis, gel capsules and oils high in CBD made by licensed producers can be bought from legal recreational cannabis stores and websites across the country or by receiving a doctor’s authorization and buying directly from a medical grower online.

But products containing CBD are becoming so ubiquitous that a Canadian consumer can be forgiven for thinking they can be sold outside of the licensed medical- and recreational-cannabis systems.

“I am looking for more information on what I’m really allowed to offer to people," Ms. Hood said early in November. "When cannabis was becoming legal, it was something that I considered: ‘Should I be pulling these [teas] from my shelf?’ ”

At the Juice Truck, a trendy local chain of smoothie bars and food trucks, co-founder and co-owner Zach Berman said in early November that he had been selling the same brand of tea as Ms. Hood and now has reservations about it.

“We’re not sure if we’ll continue to sell it at this point, but we are excited to roll out CBD products as a whole, and smoothies, juices, other products, once edibles become legalized in the next year or so,” he said.

The claims made on the tincture that was being sold at the Toronto Pet Valu are typical. The label on the product, which was made by pet-food maker Big Country Raw of St. Anns, Ont., said it would help cats and dogs with their “anxiety, energy, stamina, cardiovascular health, brain health, and mobility.”

Pet Valu removed the product from its shelves after being contacted by The Globe in mid-September. Tom McNeely, chief executive officer of parent company Pet Retail Brands, said some franchisees made the decision to carry CBD products, and that the chain itself had not been offering them.

“We have informed our franchise partners that CBD oil remains [an illegal] drug and selling it can lead to criminal charges," Mr. McNeely said in an e-mailed statement on Sept. 20. Big Country Raw said in September that it stopped selling the product on its website and halted production.

Founder Geraldine Brouwer said her company began to offer the product in 2018 after noting a spike in interest from the public.

She said she thought last spring it would be legal for her to sell a CBD product without a licence after marijuana was legalized on Oct. 17, and when she found out otherwise, she says she stopped manufacturing and selling it. The company noted it didn’t make its CBD products in-house. Vancouver-based Isodiol International Inc. made them for the company to sell under the Big Country Raw brand.

“There is a lot of confusion in the industry about what is legal, what is CBD, what is cannabis, what is hemp,” Ms. Brouwer said. “There’s a lot of education that has to happen.”

Part of the problem is a lack of enforcement by Health Canada and police, making it tough for people to know what’s legal and what isn’t, said Jenna Valleriani, a postdoctoral fellow at the University of B.C. studying cannabis policy.

“People will swear that these are legal products."

Marc Davis, a marketer for legal cannabis businesses, said he was astonished when a Canadian border guard at Vancouver International Airport threatened him with criminal prosecution last month for not declaring that the hemp-based CBD pills he bought legally at a conference in Germany were “cannabis products.”

He worries that if he, someone who works in the cannabis industry, can make such an innocent mistake then many others could be charged with a crime for not realizing CBD is still a controlled substance and not a nutritional supplement.

“Only my willingness to tell a border agent that the contents of my suitcase included CBD capsules for personal use prevented me from being arrested, I was told,” he said.

With a report from Jameson Berkow in Toronto 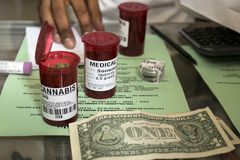 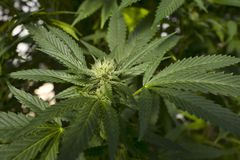 Ontario 'opt outs’ complicating province’s retail rollout
Subscriber content
February 1, 2020
Follow Mike Hager and Christina Pellegrini on Twitter @MikePHager @chris_pelle
Report an error Editorial code of conduct
Due to technical reasons, we have temporarily removed commenting from our articles. We hope to have this fixed soon. Thank you for your patience. If you are looking to give feedback on our new site, please send it along to feedback@globeandmail.com. If you want to write a letter to the editor, please forward to letters@globeandmail.com.
Comments